The Combination Of Robotics And Linear Technology 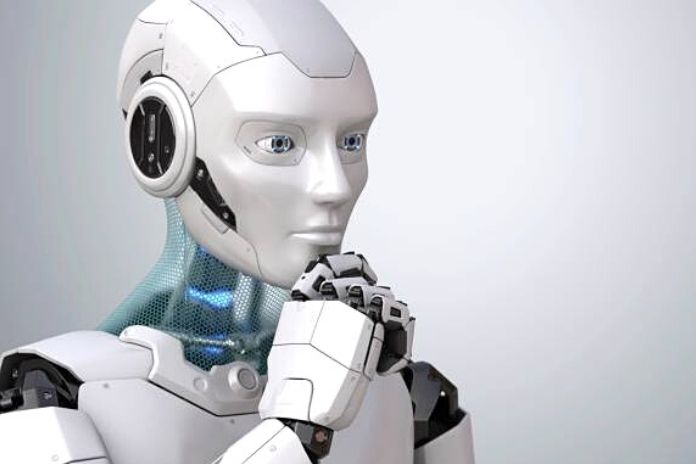 If processes are to be automated, linear technology with its safe and economical solutions is ideal. Robots offer the possibility of automating even more flexible movement sequences. They are increasingly used for tasks in material handling and production lines. The intelligent combination of robotics and linear technology enables potential savings to be exploited and processes to be made more efficient.

Linear technology is used when production processes require fast and precise movements along with a route and high positioning accuracy or when large loads have to be moved. Robots can move freely and are flexible, and can therefore be used for different activities. In terms of robustness, speed and precision, however, the linear technology can score.

The basic concept of linear technology is based on movable carriages that are moved along a linear path on a carrier profile. Many projects can be implemented by combining several linear units that include multi-dimensional movements on a surface or freely in space. With the linear technology , single-axis linear units and 2D surface portals, and 3D spatial portals can be realized.

Uniaxial linear units are often used in production to move tools along a path, such as carrying out bores or screw connections. Heavy loads can also be moved easily with single-axis linear units. For more complex applications, synchronized linear axes are the method of choice. The synchronization enables the production of multi-axis systems (portals) to implement multi-dimensional applications.

2D outlets, for example, print heads, nozzles, sensors or scanners, are guided over a surface. With the help of cross tables, heavy tools can be moved and sorting or filling processes can be carried out. Material and load tests, for example, can be carried out using cantilever axes. Three-dimensional methods can also be implemented with the linear technology components from Item, such as stacking, palletizing or different sorting tasks.

Also Read: 5G And Edge Connectivity: The Answer To The Need For Speed

Automated processes can be implemented using linear technology. However, linear engineering systems, compared to Robotics, have limited freedom of movement. When it comes to robots, a distinction is made between collaborative and non-collaborative applications. Non-collaborative robots carry out work steps entirely independently. They move freely in the room and therefore have to be provided with protective enclosures or separated from the employees’ work area by fences.

These non-collaborative robots are often used for welding work or in the production process for repetitive tasks. Programming the robots is sometimes very expensive and time-consuming. Collaborative robots, so-called cobots, work together with humans. The machine should not replace the employee but rather support his skills and relieve him of stressful activities. To avoid injuries to employees, the robot is equipped with sensors that switch off when touched. Protective devices and fences are therefore not necessary.

Linear Technology And Robotics In Comparison

Robots can move freely and can therefore be used flexibly. You can carry out many different activities, such as changing tools yourself. However, the use of robots is usually associated with high investment costs. Due to the numerous motors for the individual joints, increased maintenance costs are also necessary.

Linear units are based on robust technology and enable fast linear movements. The system is easy to put into operation, stable, durable and requires little maintenance. The linear unit can even absorb heavy loads and large torques. The programming of linear systems is also much easier compared to robotic systems, says Item.

In many production lines, raw parts are still fed manually. A combination of linear technology and robotics enables a significant increase in efficiency in assembly and material handling. The robot can, for example, be mounted on a linear unit and thus moved from one production station to another. Another variant is also possible in which the robot stands on an assembly line and works in motion, i.e. is carried along with the product to be manufactured.

In addition, systems can be implemented in which the robot is mounted hanging on the linear unit and carries out its work steps. Classic welding work can thus be carried out efficiently, as can gripping and sorting work on a production line. Other valuable combinations can be created to optimize processes. The linear unit can increase the robot’s precision by practically guiding it as an end device on the robot arm.

Tools such as drill heads are moved flexibly in space, while the final process step is completed extremely precisely with the help of linear technology. These processes in particular – a direct approach, positioning and rapid movement of tools – can be perfectly controlled with linear units. The length of the linear axes is not limited, and the linear units can be configured individually for the respective task.

The combination of robotics and linear technology leads to increased efficiency. There is also significant potential for savings: where, for example, several robots have initially taken on tasks on a production line, the use of linear axes means that only one robot is required. This can be moved on the linear axis to carry out different work steps.

We see great potential for these combined systems. Companies will recognize the advantages and will increasingly rely on these joint solutions in the future. Automation leads to success when technology and people work together perfectly. The goal here is not to replace employees with robots but to better organize work processes and implement efficient strategies.

Also Read: Process Automation: How To Reduce Costs With AI