Microsoft Office On Chromebook: Goodbye To Support For Android Apps 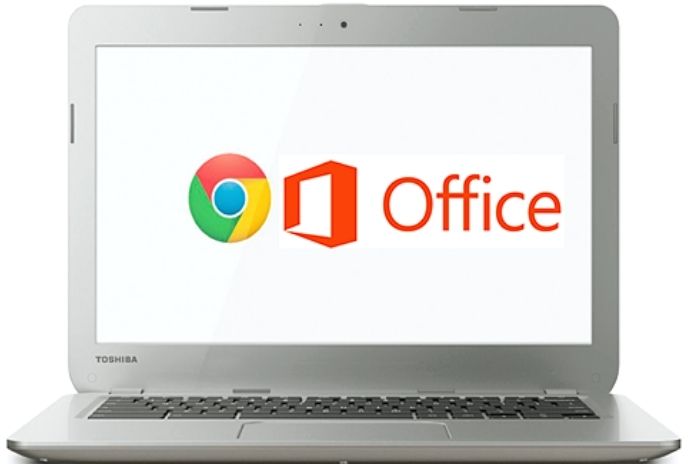 Those who use the computer for classic business productivity increasingly choose to abandon Windows and switch to Chrome OS, buy a Chromebook, or install Cloud ready on their PC. Doing so is increasingly painless for users because Chromebooks and Chrome OS are already credible alternatives to Windows and macOS. To write texts, manage spreadsheets or create business presentations, you can use the Google Docs suite, while those who do not want to disconnect from Microsoft Office can use the apps for Android developed by Microsoft.

Starting from May 2016, in fact, on Chromebooks, it is possible to run apps written for Android smartphones. Among them, there are also all the most favourite productivity apps, including Office. However, things are about to change now. Microsoft has decided to end official support for the Office apps on Chromebooks starting September 18, 2021 From that day on, according to Microsoft, users would be better off using Office’s Progressive Web Apps (PWAs), installing them through their browser.

Office On Chromebooks: How It Works Today

At the moment, those who want to use the Microsoft Office apps on computers with Chrome OS have two options: either use the apps for Android or connect with the browser to Office.com and Outlook.com and transform the Microsoft service they want to use into a Web App (which, as a user experience, is almost the same as using these services through a browser).

The Android app is preferred by most because it offers more functions and a friendlier interface, but clearly, using an app developed for a smartphone or tablet on a PC with a much larger horizontal screen requires compromises. There are no trade-offs when using Office online via browser or PWA, but not all features are available. Then there is a big difference between the two choices: using the Android apps offline does not involve any problems (the files synchronize as soon as the device comes back online), while using Office from the web requires the connection to complete many tasks.

Office On Chromebooks: What Are The Upcoming Changes

Microsoft had already announced the end of support for Office’s Android apps in June 2021 through in-app warnings, which, however, did not appear to all users. Now, however, these warnings are seen by more and more people, which is a sign that Microsoft has decided to proceed along the path of PWAs.

The message reads: “To provide a more optimized experience for Chrome OS / Chromebook customers, Microsoft apps (Office and Outlook) will be ported to web experiences (Office.com and Outlook.com) on September 18, 2021. This transition will bring Chrome OS / Chromebook customers additional and premium features. Customers will need to sign in with their personal Microsoft account or the account associated with their Microsoft 365 subscription. “

Those who use Office PWAs on Chromebooks today, however, complain more than a programming flaw and more than a missing or poorly implemented function. For example, you can create new files with PWAs from scratch without problems, but when you open an existing file, it opens in the browser and not in the web app. Which, among other things, is impossible if the Chromebook is not connected to the Internet. The trick to solving this problem is to save the file locally, on the Chromebook memory, and then open it. At this point, Chrome OS uses the Chrome extension called Editor Office to open the file in the browser and allow the user to do basic editing.

Editing, however, takes place through Google Docs and not through Microsoft Office. In the event of a hopping connection, therefore, you risk headaches and a lot of confusion. Therefore, the farewell to the Office apps for Android on Chromebooks seems like a rather hasty move at the moment. However, it cannot be ruled out that Microsoft will put its hand to the code of its Office PWAs by September 18 to make them more powerful and usable even offline on computers with Chrome OS.

Alternatives To Office On Chromebooks

If Microsoft does not update its Progressive Web Apps in the coming weeks, users will be forced to continue using Android apps without having further updates ( not even security ones ). Otherwise, they will be forced to switch productivity suites, choosing a competitor. The most immediate but less complete choice is Google Docs: in this case, there are no compatibility problems of any kind, and offline editing is possible.

But the quality and quantity of the available functions are not comparable to those of Microsoft Office, and an advanced user may be forced to make too great a compromise. Another alternative to Office for Chromebooks is more complete but more challenging to install: we are talking about LibreOffice, Microsoft Office’s open-source competitor.

LibreOffice can be installed on Chromebooks but via the Linux app. The user has to download the installation package, open the Linux terminal on the Chromebook and launch the LibreOffice setup. Once installed (it’s not as difficult as it seems), it will be possible to use LibreOffice even completely offline, like the equivalent Windows app that millions of users worldwide already use every day.