Artificial Intelligence: How It Will Transform Our Lives 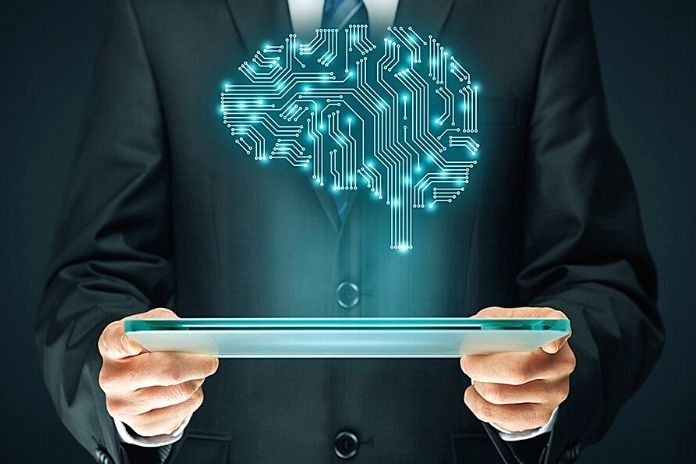 Artificial intelligence is everywhere today, but in reality, it still has a long way to go. Here’s what awaits us and what hardware we need to change our lives with AI. Artificial intelligence has entered our daily lives for several years, even if we do not know it. It will enter even more shortly when companies understand that AI is an advantage and how to integrate it into their production processes correctly.

Today, ordinary people are starting to familiarize themselves with terms such as “natural language processing “, “knowledge graph “, “machine learning “, “deep learning”, and they know that behind any brilliant function of their smartphone, there is an artificial intelligence algorithm.  Computational photography, for example, is capable of processing images taken with a mid-level smartphone to correct the blunders of the photographer or those arising from the physical limitations of the small phone optics.

This is something now available to many, based on machine learning algorithms.  Still to remain in the field of smartphones and consumer electronics, how not to mention the digital assistants who can interpret our voice commands and perform tasks or give us answers. In this case, this is possible thanks to the natural language processing algorithms.  A good part of the results offered to users by search engines for the Web, including Google, depend on one or more knowledge graphs, that is, “knowledge graphs”, a sort of relational map of available information, which aggregate unstructured data on people, places and events and manage to produce a coherent result.

In this way, when the user searches for a player’s name, the search engine also offers him information on other sportspeople who have played with him on the same team, on the groups in which that player has played, on the members of his family and more.  Many such examples could already be made, but this is only the tip of the iceberg because the era of AI has just begun. The real turning point will come in a few years when AI enters large and small industries’ production and organizational processes to transform them.

At that point, companies will be able to offer their customers increasingly personalized goods and services produced in ever shorter times, optimizing the use of resources and energy more and more. However, all this is not easy to achieve because artificial intelligence requires simultaneous development of the data processing capacity.

It is impossible to understand how and significantly when AI will change our lives if we do not focus on the two concepts of training and inference in deep learning algorithms, which are currently most widespread. Deep learning is a process after which a computer, after learning how to process the data to provide answers in the manner required by humans, can provide such solutions independently and without the need for corrections ( inference phase ) by applying the model previously learned to the new data provided.

Let’s take a practical example to understand what we are talking about. To create an automatic facial recognition system to be applied to surveillance cameras, first, grab some footage containing faces and have them processed by the deep learning algorithm on a compelling computer ( training ) and then, when the algorithm it will have reached the required level of precision, through a progressive refinement process guided by a human being, it can be applied to the real-time data stream coming from the cameras ( inference ).

The training, therefore, consists in learning a new capacity starting from the analysis of the existing data, usually under the guidance of a human being, while the ‘inference in applying these capabilities to new data. Another practical example is the smartphone that can automatically recognize the face in selfies to blur only the background. During the development phase of the device, the training with millions of photos of human faces was completed. When the user uses it with his new photos is the inference phase.

But if the inference phase is particularly complex to perform, it isn’t straightforward for a consumer electronic device to have sufficient computing power to complete it. For this reason, the Artificial Intelligence as a Service ( AIaaS, or AI SaaS ) model has been implemented over the years. With this model, the inference does not occur on the device but in the cloud by sending the data to be processed to a network of servers optimized for this type of calculation.

An example of AIaaS is the voice assistants of smartphones and smart speakers. To perform any task, their first versions had to be connected to the Internet because the devices did not have hardware powerful enough to perform the necessary calculations. The latest models of smart speakers and smartphones, on the other hand, integrate chips with Neural Engine, a coprocessor dedicated to AI algorithms. These devices can now perform at least the basic tasks, which are most of them, without an Internet connection. This also increases privacy because the user’s voice and data no longer need to be sent from the device on the network to reach the computational services in the cloud.

AI: How Much Power Is Needed

In one word: a lot. To be more precise, however, you don’t need more power than today but a different power and different processors for new tasks. For decades, processors have been engineered to offer maximum performance in sequential computing. Once one piece of information is processed, one passes on to the other and then to the other. This led to the GHz rush, looking for the highest possible clock rate to clear the operations queue quickly.

For AI, however, this type of processor is not suitable: machine learning algorithms run fast only if the execution inside the chip is parallel and not sequential. No more one operation after another, but the same operation on multiple data at the same time. For this reason, in recent years, the best results have been obtained not with the CPUs but with the GPUs, the graphics processors, which have the characteristic of offering a solid parallelism thanks to their structure: not a few very complex and fast cores, but thousands of simpler substances working in parallel. The next step was using ad hoc processors of the ASIC type ( Application-specific integrated circuit ) and FPGA ( Field Programmable Gate Array ).

AI: What Awaits Us

The two main problems were the difficulty of “scaling” upwards (i.e. automatically adapting one’s resources to the amount of data and calculations needed in more complex situations), the implemented solutions and the hardware performance limits. The results were similar both in applying AI with hardware on-site and in the case of using AI as a Service in the cloud.

Among the secondary problems, we should mention the high energy demand of the hardware, with consequent difficulty in disposing of the heat produced by the computers, the insufficient memory available for data and the slowness of the systems in collecting the data. According to IDC, however, already in 2024, the AI ​​”will have completely transformed the way we live, do business and manage a data centre “thanks to the introduction and diffusion of new generation hardware particularly efficient in the elaboration of artificial intelligence algorithms.