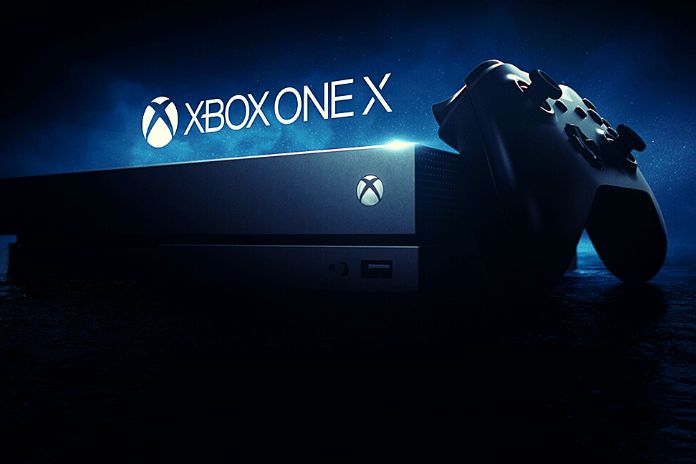 The new console supports 4K resolution and virtual reality: Microsoft is ready to beat Sony on its ground. The most performing console ever made. This is Microsoft’s goal for Xbox One X, the new Microsoft console that will replace the Xbox One. Despite the release in August 2016 of the new Xbox One S, more than a simple technical update of the old Xbox One, Microsoft wanted to develop a console that supports 4K resolution. During the event organized by the Redmond company at E3 2017, the trade fair dedicated to video games that takes place every year in Los Angeles, Microsoft unveiled Project Scorpio. It revealed the actual name of the console: XboxOne X.A very significant name that shows a link between the Xbox One and the new console from Microsoft.

With this move, Microsoft wants to try to revive the fortunes of a sector (the video game one) that is not exactly in shape and beat the field of quality and computing power Sony, which launched at the end of 2016 new PS4 Pro and the PlayStation VR viewer. For this reason, the technical characteristics of Xbox One X are superior to any console ever made before. The new Microsoft console will most likely have a hardware power of six teraflops, 43% more than the new PlayStation 4 Pro console. Xbox One X will be available worldwide from November 7 at a recommended price of 499 euros. Here are the technical features of the Xbox One X.

Microsoft has announced the technical features of the Xbox One X in collaboration with Digital Foundry. In addition to the mere numbers of the technical specifications, a few surprises are announced during the video. As had emerged from the rumors, Xbox One X will be the most powerful console on the market, even if it is difficult to talk about a new generation of devices dedicated to the world of video games. The new console can be treated on a par with the PS4 Pro: a transition update to a new generation of video games that should see the light within a couple of years (where virtual reality will become the undisputed protagonist).

Returning to mere numbers, the technical characteristics of Xbox One X are pretty straightforward: the console will mount a CPU with eight custom 2.3GhZ cores based on the Jaguar architecture, which should guarantee six teraflops of power. The processor will be supported by 12GB of RAM, of which 4GB is dedicated to the operating system and 8GB is dedicated to the video game and a GPU with 40 computing units at 1172MHz. The console will support native 4K resolution, ensuring 60 frames per second. There will also be a 4K UHD Blu-ray player. As for the audio sector, Project Scorpio will have support for Dolby Atmos and will also support headphones. In addition, Microsoft will also implement the proprietary HRTF format dedicated to the Hololens viewer. A choice to make the Project Scorpio console ready to support both augmented and virtual reality.

Xbox One X will be an integral part of the Microsoft environment and integrate perfectly with all devices that support Windows 10. In this way, users will be able to use the universal apps on the official Microsoft store, even in the new console and use (to give an example) Skype to make video calls directly from Xbox. In addition to video games, it will be possible to listen to music with music streaming applications or watch your favorite TV series via Netflix.

With Xbox One X, we are faced with a gaming experience that takes a decisive step forward, especially from the point of view of gameplay and graphics. The console will support native 4K resolution, allowing video games to be more and more similar to reality. The power of Xbox One X  can be exploited by software houses to improve the gameplay of video games and make them even more compelling. The presentation video shows that the first video games with native 4K are already in the testing phase and can “hold” 60 frames per second without any problem.

An essential aspect is the compatibility of the old video games with the new console. Microsoft has assured that all video games will be able to be used on Xbox One X, even those of the first Xbox. In addition, the Redmond company has announced that 30 games of the past generation will be updated with support for 4K resolution. The update will be free for all users who have purchased the game.

Xbox One X will be released on the market on November 7. Just a month before Christmas arrives. The challenge to Sony has been launched. Now we will see who will win it.

Also Read: What Is Javascript Used For, And How To Program It?