HomeSOFTWARESWhat Is Javascript Used For, And How To Program It?
SOFTWARESTECHNOLOGY

What Is Javascript Used For, And How To Program It? 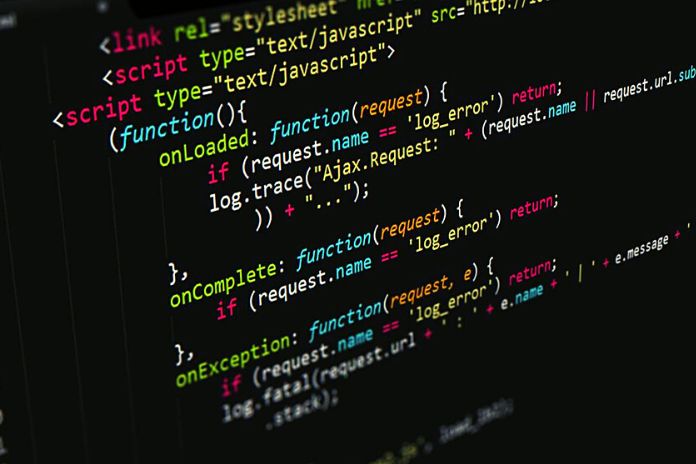 JavaScript is the primary programming language for developing web applications: here is an overview to learn how to use it at its best. JavaScript is a scripting language commonly used on the Web to create interactive dynamic effects through script functions invoked by events triggered by the user on the web page in use (mouse, keyboard, page loading, etc.).

Specifically, it can be defined as an interpreted language in that the code is not compiled but executed directly: the syntax is relatively similar to that of C, C ++, and Java. It is, therefore, a programming language with an object paradigm and weak typing because it does not impose strict rules for defining variables. However, given this tool’s growing weight, even outside the Web, it is advisable to discover its basic syntactic notions and explore more advanced concepts, which have been added to the language standard, which is in constant transformation over time.

The Essential Elements Of Language

The JavaScript code is composed of a sequence of instructions interpreted and executed by the engine, each delimited by a semicolon (;). Note that JavaScript is case sensitive, in the sense that it is case sensitive in the names of instructions, variables, and constants, without highlighting any errors. In the code, it is possible to insert comments that the interpreter will not consider, using the single-line comment (inline //) or the multiline comment (multiline / * and * /). Whitespace can increase the readability of code, except for spaces within strings.

JavaScript has five primitive data types, numbers, strings, booleans, null, undefined, and a complex data type, objects. All other elements, like arrays, regular expressions, and functions, are objects. Even “primitive” data types have corresponding objects with their properties and methods. A string is a sequence of characters delimited by double (“_”) or single (‘_’) quotes. The important thing is that the final delimiter coincides with the initial one. To insert special characters within a string, use the escaping character \ (backslash). JavaScript has a single type of numeric data: there is no formal distinction between integer and decimal (for which a period is needed).

Among the unique numeric values: are NaN, Not a Number, null, undefined, and boolean. Variables are used to store values ​​or objects during script execution. Working in strict mode, we receive an error message when we do not declare the variables to prevent future malfunctions. An expression combines values, variables, and operators representing a new value. Operators can be arithmetic, relational, logical, on bits or bitwise, conditionals, or concatenation. As mathematical matrices with one or more dimensions, arrays allow you to associate multiple values ​​to a single variable name (or identifier), accessible through a numeric index starting from zero. Generally, the matters ​​contained in an array have some affinity, and their use makes it easier to carry out loop operations on all values.

What Are Flow Controls, And What Are They For

Flow control represents the order in which instructions are executed within a program. This order, in some cases, can undergo variations by specific structures called “control,” which modify the flow of code execution through logical conditions that typically return a Boolean value (true or false) or by iterations (or loops) that continue until the condition is false. Conditional statements allow you to execute alternative blocks of code based on a condition. The if form executes a block of code only if a condition is true; the if … else provides for the execution of a block of code or another based on the value of the condition; cascading if..else if … else or if provides more execution alternatives.

Another category of instructions concerns iterations or loops that allow you to perform specific operations (blocks of code) in loop N times, where N is a number defined in the case of the for loop or which could also repeat itself indefinitely as in the case of while as long as the control statement (Boolean condition) remains true. Generally, the whole is to be used in cases where we don’t know when the loop should end. And while the while immediately checks whether the condition is true or false, the do-while only checks after executing the statement block at least once. There are much more advanced instructions to manage loops in JavaScript. For example, in the case of an array, you can opt for the forEach, and in the case of an object, native methods such as Object. Keys () (introduced with ES6) or the classic for … in.

A function is a set of statements enclosed in a block of code, which can be identified by a name, accept arguments or input parameters, and return values. If the function has a name, it will be a reference to call and execute it anywhere in the program. Once declared, the function is not executed right away. We are telling the JavaScript engine that the indicated code block is given a name. The actual execution takes place with the invocation or call.

Any values ​​entered in a function call are passed, that is, assigned, to the corresponding arguments of the function definition. Note: reusing the name of a predefined or previously defined function cancels the previous description and replaces it with the new one. ECMAScript 6 enriches the flexibility of argument management, such as the ability to specify default values. Another new feature is the possibility to specify the rest parameter: a special notation to indicate an indefinite list of additional arguments.

JavaScript has some predefined functions that are useful in some activities and can be invoked anywhere in the script: parseInt () and parseFloat () convert a string into an integer, and decimal value, respectively; isNaN () takes an argument and returns true if its value is NaN, false otherwise; isFinite () returns true if its argument value is different from Infinity and NaN. When a string represents a URI: encodeURI () excludes characters from the encoding, / ?: @ & = + $ #; the counterpart decode URI () returns the decoded string. The encodeURIComponent () function also encodes the special characters excluded from the encodeURI (); the corresponding decoding function is decodeURIComponent () .

Since JavaScript functions are first-class objects, they can be passed as parameters to another function, called callbacks. A new type of function introduced by the ES6 specification is the arrow function: anonymous functions with a concise syntax and some specific characteristics. They lend themselves well to being used as a callback. Compared to standard functions, they cannot be used for defining methods of an object.

Javascript: What Are Objects

An object in JavaScript is a container of heterogeneous values, that is, of elements characterized by a name and a steal. Typically, an object is used to represent a specific entity, such as a person, order, invoice, reservation, etc., through an aggregation of data and functionality. It appears as a kind of associative array that can be dynamically constructed and modified. There are no restrictions on variable names for object property names.

To access the values ​​stored in a property of an object, we can use the dot-notation according to which we indicate an object and the property we are interested in separating them with a dot. Unlike properties of an object that represent data, methods represent activities that an object can perform. Note that we do not assign the result of the function call to the property but the function itself by its name. Every Object, predefined or not, is built on an Object, which means that all JavaScript objects have some common characteristics.

The Object object can also generate object instances from any JavaScript expression. For each type of primitive data, except null and undefined, a corresponding specialized object provides specific properties and methods. Reflect, introduced by ECMAScript 2015 (ES6), allows you to perform reflection operations on objects, that is, to analyze and manipulate their properties. A new primitive data type alongside the traditional six is ​​the Symbol () function, which creates a unique value. Comparing two generated symbols always returns false, indicating that two identical symbols cannot be made.

How To Activate Javascript And The API

JavaScript requires a host program, which loads and executes the script. A typical example is that of the browser. When a web page that contains JavaScript code is visited, it is run by the interpreter contained in the browser. The interfaces that allow the code to relate to a browser are called DOM (Document Object Model). The DOM represents the document as a hierarchical composition of objects, often called the DOM tree: a tree of things designed to be accessible via JavaScript not only for reading but also to be able to change its structure, content, and style dynamically.

In the web environment, JavaScript is used to write small functions integrated into HTML pages that interact with the browser’s DOM to accomplish. There is not only the browser, however. Other programs have small scripts written with this language, such as Adobe Acrobat / Adobe Reader in their PDF files or, for example, Mozilla Firefox, which uses them for the user interface. If the leading and best-known area is the Web, in which the host system is the browser, we can use JavaScript in different environments. It is possible to interface with each one thanks to its API (Application Programming Interface): constructs that allow developers to create complex functions more efficiently.

Browser APIs are integrated into the web browser, expose data from the browser and the surrounding computer environment, and simplify complex tasks. The Web Audio API provides JavaScript constructs to manipulate audio in the browser: take an audio track, change its volume, apply effects to it, etc. In the background, the browser uses complex, lower-level code (e.g., C ++ or Rust) to do the audio processing. But again, this complexity is subtracted from the API. Third-party APIs are not built into the browser by default, and you typically need to retrieve the code and information from somewhere on the Web. For example, the Twitter API provides a unique set of constructs to query the Twitter service and return specific information, allowing you to view the latest tweets on the website.