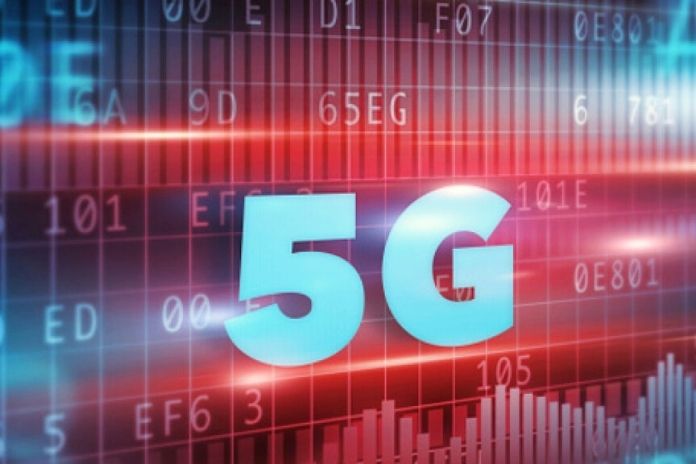 A new technology developed by researchers at the University of San Diego allows to overcome some of the limitations of millimeter 5G and promises high speed and stable signal, even with many physical obstacles. Those who have already had the opportunity to try the new 5G network have discovered that it is speedy, but also that you do not always get the best possible performance when you are under 5G coverage.

Because, behind 5G networks, there is not a single technology, but a complex and numerous group of different transmission protocols and, above all, of many frequency bands. The two best known, but not the only ones, are the ” Sub-6 ” and the ” mmWave”.  That is the frequencies below 6 GHz and the so-called “millimeter waves” between 24.25 GHz and 52.6 GHz.

Those who know at least a little about the physics of radio waves already know that as frequencies rise, the amount of information that can be transported also increases but, at the same time, the distance that the waves can travel is significantly reduced. Then, the higher frequency waves are more challenging to cross the thick walls, trees, people, and other obstacles commonly present in our crowded cities—exceptionally high performance, without problems of range or barriers.

The Best 5G, Without Distance Limits

Today’s high-frequency 5G systems carry data by sending a laser-like millimeter-wave beam between a base station and a receiver, typically from a repeater to a smartphone. If something or someone stands in the way of that ray, the connection is blocked entirely or almost: at best, there is a drastic drop in performance. There is no 5G signal at worst, and the mobile phone falls back on the 4G network.

The reason is simple. If you rely on only one beam of electromagnetic waves, then just blocking that beam will block the entire service.  The solution, therefore, is to use multiple beams at the same time. To do this, the researchers found a clever solution: split each millimeter-wave beam into multiple beams and have each beam take a different path in path from the transmitting station to the receiver.

The idea is to increase the chances of at least one beam reaching the receiver, even when there is an obstacle: some will encounter an obstacle and be blocked, others not and will arrive at their destination. The researchers created a system that could simultaneously use multiple millimeter waves to transmit the 5G signal, and this system worked in both indoor and outdoor tests.

The results were excellent: a speed of 800 Mbps was achieved with 100% reliability, which means that the signal not only never dropped but also did not lose strength as the user moved around obstacles, such as desks, walls, and outdoor sculptures. The results were also excellent about the maximum connection distance: the system maintained connectivity up to 80 meters away in the outdoor tests.

The Algorithm That Improves 5G

The 5G transmission system just described, of course, is much more complex than one might think. The main difficulty lies in deciding how to divert very high-frequency radio waves so that the transmission remains stable and robust. It is not a system that transmits in a random direction, but, on the contrary, it decides in a refined way where to send every single ray.

Initially, the transmission is omnidirectional, and obstacles absorb some waves, others reflected, and still, others arrive straight at the receiving device. All these results are recorded by the new transmission system and processed through an artificial intelligence algorithm which, in practice, creates a virtual map of the surroundings and learns one attempt after another, which are the best paths for millimeter waves.

Once the paths are decided, the waves are made to travel in the established directions. Suppose all goes well (because neither the obstacles nor the receiving device have moved). In that case, the smartphone receives a complete and powerful signal conveyed by practically all the rays sent by the transmitter. If all goes wrong, on the contrary, at least some rays have reached their destination.

In most cases, of course, you get a middle ground between the best and worst-case scenarios. The perfect thing about this approach is its energy efficiency: no more electromagnetic waves are sent than a standard transmission system, nor is more power used, but the results are still superior because, with the method used up to now, large part millimeter waves do not arrive at their destination.

Finally, this system uses a second algorithm that recalculates all parameters if the system notices that the receiving device moves frequently. For example, the user uses the phone in a car, on public transport, or while walking.

Technology Ready For The Market

This new 5G network data transmission system could soon become a reality for everyone: no new hardware is needed to implement the latest technology. The whole system is also compliant with existing 5G protocols.

Right now, the research team is working to scale the technology and make it even more efficient in actual use scenarios, with hundreds or thousands of users connected simultaneously to the same 5G microcell in natural urban environments with lots of moving obstacles.