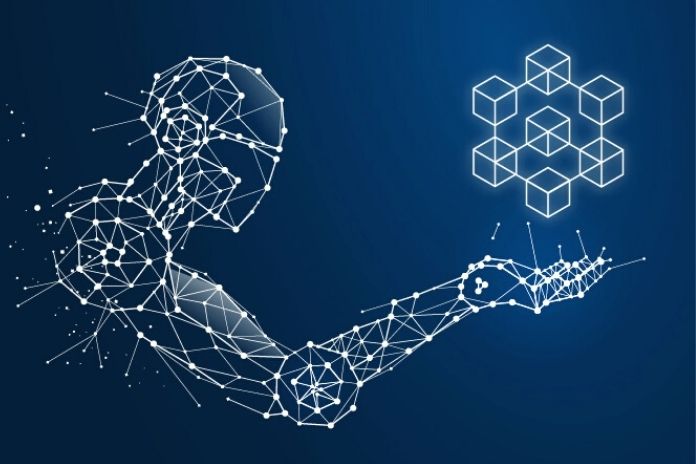 The future of banks and insurance companies is primarily destined to pass from the combination of the blockchain – understood as intelligent management inherent in reading and writing on replicated databases and as a decentralized structure, where information is validated in a mathematical way using an algorithm and not out of trust in a central body – and distributed artificial intelligence.

Otherwise, the loss of numerous customers would be just one of the possible doomsday scenarios. And the same fate would almost certainly also affect industry 4.0.But let’s proceed in order. The possibility of creating one or more blockchains of banks and insurance companies connected will undoubtedly speed up transactions, improving their security and transparency, as well as optimizing data control.

Furthermore, from this alliance between financial companies, there would be exciting advantages in customizing products and services for the end customer. An example? As a customer, you need clarification on a specific topic or have a particular request. There will be customer care managed by chatbots and not the annoying telephone guide voices to come to your rescue.

The advantage? Since chatbots are driven by machine learning and algorithms, the answer will be much more satisfactory and rapid. The scenario in question, about the marriage between blockchain and artificial intelligence, is anything but science fiction. Indeed, the financial sector is destined to undergo significant revolutions.

Artificial Intelligence Cannot Do Without The Blockchain: Here Are The Reasons

The model of artificial intelligence will undoubtedly evolve, and to achieve this goal, a channel will be needed where those directly involved have the opportunity to exchange information and communicate in complete safety. As things stand, blockchain appears to be the ideal environment. Just think of the peer-to-peer network that can ensure a structure that works more or less like the human brain, given the presence of the node system and how data and information run and are recorded.

The functioning of the blockchain is all about the exchanges between the nodes of the system and that are validated by everyone in real-time. There is no central authority to manage them. And the comparison with our minds is necessary since they are governed by billions of neurons (not just one) and synapses that exchange information and record it every day.

Which Industries Will Change As A Result Of More Significant Interaction Between Artificial Intelligence And Blockchain?

With the large-scale diffusion of the association between artificial intelligence and blockchain, interesting changes would also be recorded for the world of industry 4.0 because it would change the way we produce, or instead, we have things. Rightly, we are not just talking about software, algorithms, automation, robots, and hardware, but more complex concepts such as designing and producing goods on demand, dematerializing, and disintermediating.

What Are The Differences Between Industry 4.0 And The Current One?

Lots of them. Discounted. Smart manufacturing will undoubtedly be the most important novelty. The production system will focus on monitoring the company’s physical processes by information systems, and the decision-making processes will be decentralized.

In addition, Industry 4.0 will focus on the following cornerstones:

Creation Of Goods From Scratch: The Role Of Blockchain And Artificial Intelligence

How the technologies above will develop, there is no way to know. In any case, it is not a gamble to identify the boundaries where blockchain and artificial intelligence will operate on the loose. As Internet users, we can download drawings, modify them, and send them to a three-dimensional printer in the current state of affairs. An asset is created from scratch.

With industry 4.0, other aspects relating to the intellectual property of the purchase, copyright, and the right of sale come into play. Does the right belong to the designer or the producer? How can the patent be filed as quickly as possible? And taking into account that with industry 4.0, the catchment area is represented by the whole world and not only by the country of conception/creation of the product but also aspects relating to the legislative framework and the currency that vary.

The blockchain, as today, will have to ensure and control the identity of people, guaranteeing their anonymity. Just like a notary, or better still, transactions, once passed and validated by the network, will present recorded and unalterable information. In 2030, the heyday of the blockchain, developing countries will play a more critical role than the current one. In Kenya, where infrastructure is lacking, it is tough to make small transactions.

Consider that the number of current accounts in this country is significantly lower than the number of users of M-Pesa, a sound-known system for transferring money between users of the cellular telephone service, developed 11 years ago on the Safaricom mobile network. We have already talked about the era of the sharing economy. Many startups collect user data through free or paid services.

Once personal information is profiled, it is likely to be resold for economic purposes. Behind it, there is genuinely painstaking data analysis work. Only when profiled entities understand that their data is far more important than money will these businesses go into crisis.

IBM Is Among The First To Make A Move

Many IT giants think that using blockchain in artificial intelligence projects will be particularly profitable. IBM, for example, has invested $ 3 billion to use the technology to improve the functioning of connected objects. The devices will communicate with each other more interactively.

Faults and data will be identified and repaired without the need for human intervention. Now we are talking about the Internet of Things, a sector destined to grow, given that from the current 6.4 billion connected objects at the end of the year, it will increase to 20.8 billion in 2021.