HomeGADGETSApple Leads The Smartwatch Market, Which Is Growing Fast
GADGETSiOS

Apple Leads The Smartwatch Market, Which Is Growing Fast 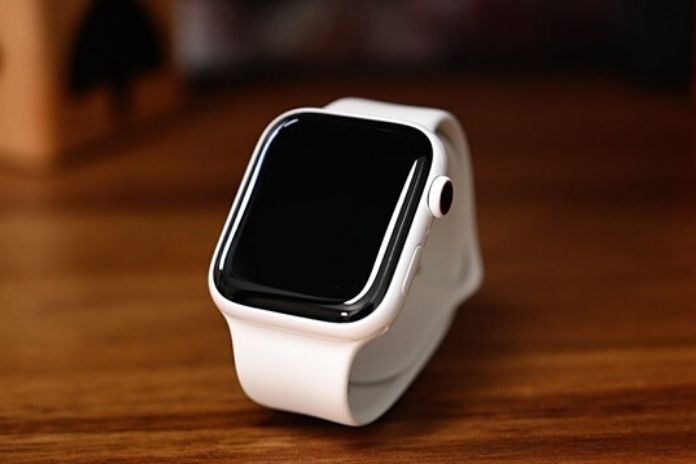 The latest data from Counterpoint speak for themselves: in the second quarter of 2021, smartwatches won among the most popular tech gadgets and, among smartwatches, those of Apple won. In recent years, the smartwatch market has exploded: from a niche product and substantially of little use, the smartwatch has become an object of desire for more and more people.

Also because, over the years, smartwatches have started to be excellent thanks to new hardware solutions and, above all, new integrated sensors. The most striking example is that of the blood oxygen saturation sensor ( Sp02 ), which before Covid-19 no one even thought existed and which today everyone is looking for in a smartwatch or a brilliant band.

Suppose there is an undisputed leader in the smartwatch sector. In that case, this is undoubtedly Apple, which has a market percentage that varies, according to the period, between a quarter and a third of the total. This is also certified by the data from the latest Counterpoint report, which also speaks of a 27% growth in the smartwatch market in the second quarter of 2021, compared to the same period in 2020.

According to Counterpoint, the smartwatch market has fully recovered after the decline due to Covid-19. Recall that the growth of 27% is compared to the period April-June of 2020, when almost no one bought smartwatches since in half the world, due to local lockdowns, it was not possible to do physical activity in the gym or outdoors.

But there was still absolute growth due to the boom in sales of low-cost products (under $ 100) made by Asian brands. In this market segment, sales have grown by 547%, and this means that those who did not think of buying a smartwatch before are now starting to think about it but not knowing the product, its functions, and whether it can be advantageous to them.

But this also means that, in the coming years, many of those who buy a low-end product today will switch to a mid-range or high-end model. This, most likely, will result in increased sales for already established brands such as Apple, Samsung, Xiaomi, Huawei.

Users with Apple Watch, all models currently active in the world, now exceed 100 million. This data is already enough to understand how Apple is firmly on the first step of the podium. However, compared to the second quarter of 2020, in the same period of 2021, Apple lost a couple of percentage points from 30.2% to 28% of the market. According to Counterpoint data, Apple Watches occupy three of the top five positions among the best-selling smartphones in the world. Here is the top 5:

There are three interesting things in this ranking: Apple’s three positions, Samsung’s third place and Imoo’s fifth. Apple holds three places in the rankings with the only three Apple Watches on sale today, which is very significant because it means that each of these products is a hit product with a great market. Samsung has only one position, the third, with a 2019 smartwatch, which has just presented the new Galaxy Watch4 line at very competitive prices and a new operating system, namely Wear OS 3.0 Google no more Tizen OS.

Finally, Imoo, practically unknown in Italy, takes fifth place with a children’s watch worth over 200 euros in price. Imoo is a brand of the BBK Electronics group, well known worldwide for its Oppo, OnePlus, Vivo, Realme and smartphones. The Imo Z6-4G smartwatch has been successful because it was the first to integrate a dual camera and be very safe for the little ones: it is not compatible with any social or gaming app, for example.

What To Expect In The Coming Months

Counterpoint is not unbalanced in forecasts, but it is easy to foresee several shocks in the low end of the smartphone market for at least a couple of years to come.  The smartwatches of other well-known manufacturers, such as Xiaomi, Realme, Huawei and Oppo, which are already growing in sales. Xiaomi, in particular, after having quickly climbed places in the ranking of smartphone manufacturers, to the detriment of Samsung, now also focuses on other markets. Smartwatch and Smart TV first and foremost.

Apple is about to present the new Apple Watch 7 range, which will most likely continue to occupy the first position in the ranking (today held by the six series ), while the arrival on the market of many products based on the new and more performing Qualcomm Snapdragon Wear 5100 platform. A few months will compete with the Samsung Exynos W920 platform, and with the spread of Google Wear OS 3.0, a decidedly eventful end of 2021 is to be expected.

Also Read: With The New IoS Update, There Is No Longer Any Lens Flare