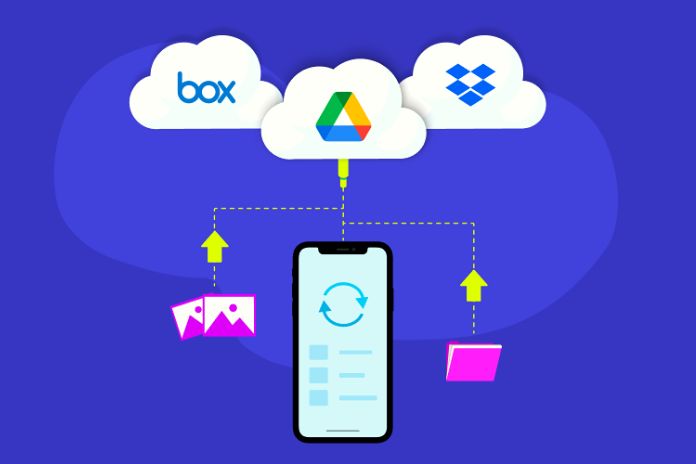 You, too, probably always have essential data on your smartphone. For this reason, it is particularly irritating if this multifunctional device is suddenly lost, stolen or broken. It would be wise to back up and save your photos, videos and other files to the cloud. Like iOS, the Android mobile operating system offers tools for these tasks, but more is needed. Using reliable cloud apps from external providers is often recommended, with which you can benefit from certain advantages. For example, you can create a document in the Office, continue working on it on the go via your tablet and share it with colleagues no matter where you are. We present you with the best Android cloud apps.

Backup To Android – Online Storage For The Operating System

Apple’s iOS leads the pack regarding system and data backup for many people who own iPhones and iPods. Using the internal settings, you can create a complete image of the devices, including all accounts, documents and configurations and place them on the standard 5GB iCloud. For example, photos can be synced via iCloud Photo Library, and all other data is copied via iTunes in conjunction with a Mac computer. But what about Google’s internal operating system? The company still needs to present a way to store a full backup on Google Cloud. This is due, among other things, to the fact that app data on Android devices is always encrypted so that programs with standard permissions cannot access it.

For example, you need root access to upload the scores of your favorite games even after a system crash. In addition to numerous advantages, unlocking a smartphone in this way also brings some disadvantages, such as the loss of the guarantee. It is, therefore, strictly necessary to think carefully before taking such a step. This is also why the major Android cloud app makers don’t say a word about app storage via root in their product descriptions. If you decide not to, you can select Google backup in your device settings to sync your contacts, calendar events, emails and Gmail account with all other devices connected to your Google account. Again, of course, you own one. However, to store your photos, videos, and other personal files, you’ll need to switch back to the Google Drive that comes pre-installed on Android or use a trusted third-party cloud app.

Cloud apps for Android are programs for smartphones that allow data to be backed up to local cloud storage and retrieved from any device after authentication (for example, using a password-protected sharing link). Aside from minor differences, they all work the same: users can perform a manual backup of their system or select files or data categories at any time. Alternatively, you can create an automatic storage plan that uploads data to the cloud at intervals or whenever you create, edit, copy, or delete a file.

To save mobile data volume and battery life, you can specify that backups only start when there is a Wi-Fi connection or if you are traveling via UMTS or LTE. Some cloud apps also allow you to back up all installed applications, including their configuration, login and personal credentials, provided that the device is “rooted”. If you’re an Android user, you’ve probably already created your Google account, so using the Google Drive cloud for system and data backups is easy. However, if you prefer not to, you will always have many external apps available, some of which are also compatible with Google Cloud.

However, with the myriad of tools in the Play Store, finding the best apps is only a feat if you narrow it down to trusted vendors like Microsoft. For lesser-known products, on the other hand, it makes sense to know exactly what to expect from a sound cloud for Android before downloading. They are subject to the same quality criteria that cloud storage services should generally also provide :

The Best Cloud Apps For Android

Some cloud apps in the Play Store are more popular than others, but a sheer number of downloads shouldn’t be the only criterion for choosing your favorite app. While the numerous cloud apps for Android all work on the same principle, they nevertheless offer different amounts of storage space and other pricing models and additional features. The best way to determine which app is right for you is to test them yourself. It’s often tiny details like the design of the user interface or the structure of the menu that are decisive. Below we offer a brief guide to understand which app is best for your needs.

For Android users with a Google account, Google Drive is the most practical solution because the app is pre-installed directly on the system and therefore does not require any additional configuration. With 15GB for backup, the app offers the most extensive free storage among all the cloud apps on our list. You can switch from Google Drive to Google One if you need more online storage. Depending on your subscription, you can get up to 300 TB of storage. Using the “+” button in the foreground on the home page, you can manage folders, synchronize data with Google Cloud and share files (with other Google users or via an external link).

You can save photos to the cloud via Google Photos, even automatically at the time of capture. Integration with popular Google Workspace applications, such as Google Docs, Google Sheets, and Google Slides, is another perk of the app. However, you must first convert the created documents into an Office format to download and use them offline. Furthermore, Google Drive is convinced with a resource-saving feature and a high synchronization speed. While two-factor authentication and encrypted connections provide enough security, many Android users prefer not to give their sensitive data to the big IT company.

Founded in 2007, Dropbox, which is now widely used, is one of the pioneers in the industry and was even synonymous with the online cloud for a while. The desktop application and mobile app have remained virtually unchanged since then. Significant changes were probably unnecessary because the intuitive user interface still allows for a uniform service across all platforms. Dropbox’s signature high sync speed is due to the app’s unique technology. Instead of continuously syncing complete files, only changes are streamed. This allows for syncing in record time between all your devices.

However, some users see a privacy concern because several Dropbox servers are located in the United States. Even the free storage space could be more generous: 2 GB are undoubtedly small compared to 15 GB of Google Drive. However, with paid subscriptions, you can expand your storage up to 2TB. For businesses, Dropbox even offers unlimited cloud storage. Like its competitor Google, Dropbox also has its word processing tool, Dropbox Paper, which you have to download separately and connect to the app. While more complete than a Microsoft Office program, it can be directly linked to it and Adobe Acrobat products.

OneDrive’s most significant advantage is clear: As Microsoft’s cloud app, it’s integrated into a massive range of Windows applications. For example, documents, Excel sheets and PowerPoint presentations can be uploaded directly from the respective application to the cloud. The desktop version of the mobile app is already pre-installed on every Windows version starting with Windows 8.1. OneDrive is ideal for sharing files with friends, family and colleagues who prefer to move around in their familiar desktop environment rather than using their smartphones to exchange data. You can activate sharing using links with an expiration date to ensure greater security.

However, there have been no significant complications, thanks to modern TLS encryption of data connections. New customers get 5GB of free storage (up from 15GB previously) but don’t worry about feature limitations compared to more expensive versions. Despite the previous best price/performance ratio, Microsoft faced some drawbacks due to too high data peaks. You can also buy OneDrive through a Microsoft 365 subscription: the Personal version offers the user 1 TB of storage space. In comparison, the Family version provides 6 TB of space for six users and includes special premium features. In addition, there is an attractive package for companies.