Robots: What They Are, How They Work 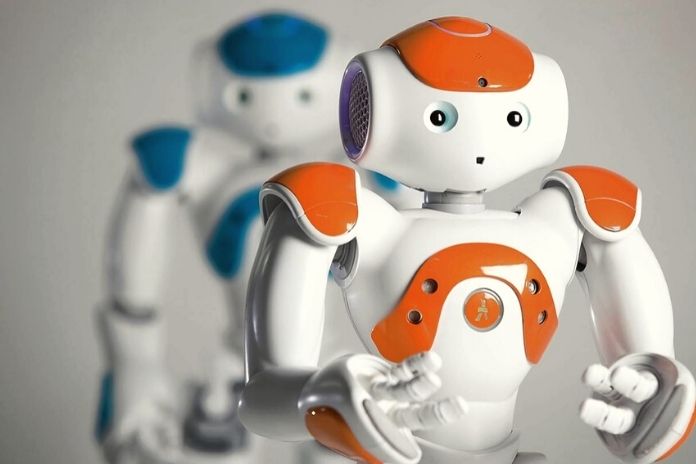 What Is A Robot

In the common imagination, we identify robots as hardware machines also equipped with a software component. In reality today, the term robot also refers to the branch of virtual agents and software systems such as chatbots, which are more commonly called bots, or RPA – Robotic systems Process Automation (essentially programmable machines that do not have the hardware component).

A robot can be autonomous or semi-autonomous, depending on its capabilities and functionality. It can act and move autonomously and be equipped with an internal “control system”. It can work alongside other systems and human beings and be semi-autonomous with a remote control system. Looking at its capabilities/functions, an automaton could be defined today as an artificial system capable of carrying out tasks and activities with different levels of autonomy.

A robot (or robots), a machine that performs activities instead of humans. Being able to give an unambiguous definition and firmly say what a robot is is not easy, perhaps also because its construction, operation, and use involve multiple disciplines. To create an automaton, it is necessary to have mechanics, electronics, computer science, now converging in the so-called mechatronic engineering.

Still, to be able to use it in increasingly complex contexts and with increasingly advanced functionalities and capabilities (autonomy of action, automatic learning, decision-making and implementation skills, etc.), it becomes necessary to extend knowledge also on the front of artificial intelligence and subjects related to neuroscience, psychology, logic, mathematics, biology, physiology, linguistics and indirectly also to subjects such as philosophy, sociology and ethics.

So let’s try to present some definitions that, although different, contain some peculiarities that can help to give a more or less broad definition. Robots, mechanical-electrical structures that are versatile and adaptable to different situations, capable of reproducing various elementary activities, in a certain sense represent the significant and tangible materialization of an ancient human dream.

Man can transfer to them the execution of repetitive, tiring or dangerous activities, which require rapidity of movement, high positioning accuracy and repeatability of execution “. The robot is a multi-purpose programmable manipulator for the handling of materials, tools and other means of production, capable of interacting with the environment in which it takes place. The technological cycle of transformation relating to production “.

Robotics is the intelligent connection between perception and action. Starting from this assumption, we could then say that a robot reacts intelligently to an environmental situation that it detects through sensors. This reaction serves to achieve a particular purpose.

These are usually used for particular tasks (since they are programmed to perform certain functions). Think, for example, of Rovers for the exploration of Mars or robots used in industrial production along assembly lines. These are systems that can perform their functions, even move in hostile environments such as space robots, because they are “commanded” by a deterministic software program (which defines how the machines must “move” and perform their tasks, often repetitive like those of the production cycle).

Autonomous robots, in contrast, are artificial machines with a certain degree of autonomy and can develop responses to troubleshoot and resolve problems in unexpected situations (that is, not programmed by the software). These machines are usually not programmed with deterministic software solutions (typical of traditional computer science) but with algorithms used through various artificial intelligence techniques (genetic algorithms, fuzzy logic, machine learning, neural networks).

They are usually mobile systems capable of “perceiving” the surrounding environment (through various sensors), moving in different environments, and carrying out actions and making decisions according to the context in which they move and operate. A prevalent example of this type of automata is the robot vacuum cleaner or garden robots who decide when to leave, that journey, and when to recharge independently.

The maturity of artificial intelligence is the main driver for the new generation of robots, those capable of “autonomously developing” new algorithms for their functioning.

Note: for further information on the classification and models of automata, see the following chapters

What Does Robotics Mean?

The term robotics refers to “that sector of engineering sciences which has as its object the study and construction of robots “. Wikipedia, the free encyclopedia of the web, offers this somewhat more extensive definition of robotics: “an engineering discipline that studies and develops methods that allow a robot to perform specific tasks by automatically reproducing human work.

Although robotics is a branch of engineering, more precisely of mechatronic engineering, it brings together approaches from many disciplines of a humanistic, linguistic and scientific nature: biology, physiology, psychology, electronics, physics, computer science, mathematics and mechanics “.

Also Read: The Combination Of Robotics And Linear Technology