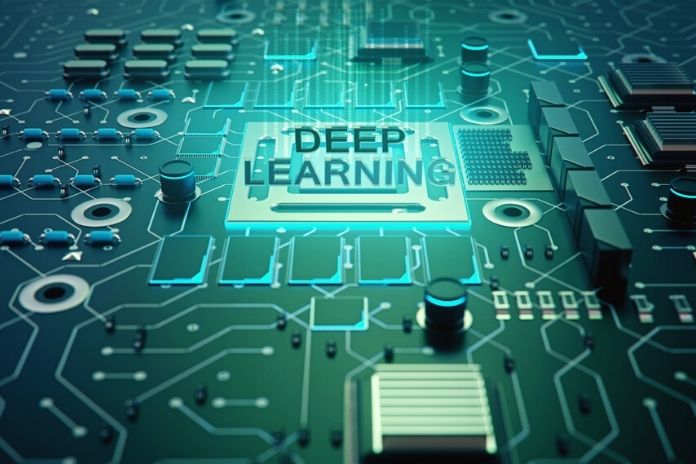 In the search for ways to create systems capable of engaging in intelligent behaviors similar to humans and animals, the focus has been on machine learning. And trying to reproduce the mechanisms of the brain has led to the development of deep artificial neural networks, which made possible the birth of deep understanding.

According to several authoritative IT experts, deep learning (DL) represents the most emblematic version of how much the computer discipline of artificial intelligence (AI or AI) has managed to advance in recent years. After all, it is sufficient to realize how more and more university courses (not only engineering but also economic, social, and humanities), books, ad hoc technological offerings are dedicated to deep learning (literally: deep learning ), IT vendors, cloud service providers, and open source communities.

What Is Deep Learning?

As already mentioned, DL is based on the use of software (in some cases also hardware, such as NPU processors, or neural processing unit, or TPU, tensor processing unit) that imitates the functioning of biological neural networks present in the human brain and animal. In multilayer (or multi-level) artificial neural networks, each layer is made up of an input (input), a hidden layer (hidden) in which data processing takes place, and an output layer (output).

Each neuron present in each layer constitutes a computational node equipped with connections (synapses) to other neurons, as well as weights (or parameters) attributed to the individual links during the initial and continuous training ( continuous learning ). To develop artificial neural networks, the same programming languages ​​are used (such as C ++, Python, Java, Javascript, etc.) to code traditional applications. But while with conventional software, developers tell programs which data to use (between types usually limited in terms of formats and sources) and which processing rules to follow, DL neural networks are designed to learn how to behave directly from data.

For this, DL solutions need at least three fundamental ingredients: machine learning algorithms from data, a lot of data (or datasets, big data, etc.) for training (until the expected level of correctness of the answers is obtained. For the highest number of input data) and a lot of computing power and memory (storage). It is still worth remembering; artificial neural networks are also of very different types.

The main differentiations depend on the kind of architecture and the learning method, even if these aspects can often be mixed in an imaginative way to address specific and multidisciplinary use cases. The mathematical models used also differ on a case-by-case basis. Still, in-depth knowledge of analysis (integral and differential calculus), matrix calculus, statistics, and probability cannot be lacking in the armamentarium of the developer of DL solutions.

What Can Be Done With Deep Learning?

Deep learning technologies, at least for now, are not for the most part alternatives to traditional software, just as they are not even compared to many other non-neural AI or ML applications, less “deep” but very efficient in their fields (yes, think, for example, of expert systems). On the other hand, having the objective of behaving similarly – albeit for specific tasks – to the human and animal brains.

DL solutions can deal with very complex scenarios, in which the input data are many, of very heterogeneous nature ( often unknown), with high “background noises” (data that are of no interest, often incorrect), and in which the variables (parameters or weights) must be calculated with different mathematical models whose choice and application cannot always wait for human manual intervention. As with human and animal intelligence, 100% safe results cannot always be expected.

But this little uncertainty, as well as the fact that it is not possible to know with which procedures the DL reached specific results (hence the often used appellation of “black boxes”), are made acceptable by the advantages of being able to deal with cases of I use complexes, and usually critical ones, which man does not face only with logic (deduction and induction), but also with intuition, deep beliefs, “a priori,” experience, emotions themselves.

NLP (natural language processing) was the field where AI was most developed initially. With the advent of the DL, this field has made enormous progress. He has acquired multilingual translation skills without going through English and producing written texts. Speech is no longer based on cliched sentences to choose and complete. But it is automatically generated word for word in a creative way, based on experience and probability.

Artificial vision is undoubtedly the field of the DL in which stability at very high levels has already been achieved. Thanks to this, autonomous driving is now possible. Autonomous driving is considered a beneficial training ground for creating and training computer vision systems. This is because the ontology (objects that can and must be recognized: in this case, roads, signs, people, other vehicles, brightness, etc.) is limited. This allows you to focus on aspects other than recognizing multiple different objects. The reliability of the recognition of the significant ones is preferred. And the elaboration of the right decisions and actions to be taken in real-time.

Deep learning makes the creation of increasingly autonomous and versatile robots possible as it allows these systems to be equipped with multifaceted intelligence. The intelligence includes:

The scenario of using the DL to produce recommendations is comprehensive and embraces multiple sectors of life and the economy. With neural networks, especially those that exploit memory components, it is possible to create DL solutions that allow, for example, to analyze curricula and make hiring choices taking into account many factors (past, current, and future). Or suggest purchasing new products by “sensing” customer propensities that are not detectable by traditional analytics software. The same can be said for underwriting insurance policies, pension plans, and stock market operations.

What’s The Difference Between Deep Learning And Machine Learning?