Business Migration To The Cloud: What’s Blocking The Revolution? 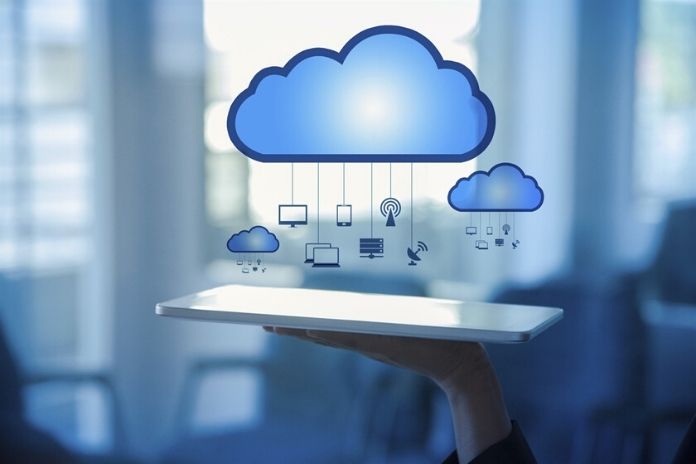 Activity is increasingly distributed, a trend that has been accelerated and not created by the pandemic. And edge and IoT technologies still promise a growth spurt in distributed computing. The answer to applications, data, and distributed users is the cloud. The question is how to build networks in the cloud? It is this problem that is currently blocking digital transformation programs.

Migration is not just about bringing everything together and moving software from the enterprise data center to the cloud: applications must be cloud-native, able to take advantage of the underlying functions of each cloud and the environment of each. The public cloud provider is different.

But neither the development of cloud infrastructure nor the pace of enterprise software deployment thoroughly explains why the revolution has been slow to start or why this situation is about to change dramatically. The missing piece of the puzzle until now was the network.

In a survey of more than 400 CIOs and other IT leaders from a cross-section of companies, a five-fold increase in interest in cloud networking over the past 12 months, due to three factors :

“A market is emerging to address the problems of ‘inside the cloud’ and multi-cloud network management, as there are significant gaps in existing suppliers.” The recent history of the WAN network has been dominated by three fundamental approaches: MPLS, Internet (IPSec / VPN), and SD-WAN. None of them do everything a cloud network has to offer. MPLS is a mature network management technology that is on the decline.

MPLS connections are generally expensive, and capacity provisioning is slow. Internet connections have played an increasing role in corporate network strategies, offering a cost-effective alternative to MPLS without performance guarantees. VPNs provided secure connections and helped meet the needs of mobile workers; however, they are not very extensible and complex to manage.

Even if companies have been happy to trade the certainties but the lack of flexibility of MPLS for the low cost and immediate availability of high-speed connections, in the end, they want guaranteed reliability and performance, SLAs that the Internet does not ‘will ever deliver.

Why The Emergence Of SD-WAN?

SD-WAN emerged to fill this gap. It appeared in the early 2010s. It overcomes many of the limitations of MPLS. One of its main advantages is its transport independence, allowing organizations to mix MPLS and Internet circuits or possibly replace all their MPLS circuits and achieve substantial savings.

SD-WAN has enabled enterprises to implement Direct Internet Access (DIA) at the branch level, which has improved the performance of SaaS applications by eliminating traffic back-flow to the data center. The resulting decrease in traffic on the WAN circuits enabled higher throughput at the data center headends and ultimately a better user experience for data center applications.

SD-WAN enabled better traffic management and incorporated Conscious Application Intelligence to allow the network to differentiate between high and low priority applications and route them based on the performance of the underlying circuits. However, while SD-WAN improved access to cloud services for branch office networks over MPLS, its support for cloud-native concepts remained rudimentary.

SD-WAN typically brings the network to the edge of the cloud, leaving businesses with additional integration work, such as cloud-native routing, transit connectivity, and the deployment of stateful security services (e.g., new generation fire). In other words, SD-WAN takes you to the cloud, “inside the cloud.”

Is It Possible To Make SD-WAN And Cloud Work?

It’s possible to do SD-WAN work with the cloud, but it comes at a cost. Vendors offer cloud gateways and other ad hoc integrations. In-house approaches can also equip cloud access ramps with the security, directory services, and management functions that the organization needs. But it’s a process that requires linking resources manually, for example, to comply with company security policy.

One of our customers has spent millions of dollars and almost two years integrating its SD-WAN access ramps with AWS. When he wanted to move workloads to Azure and saw he faced a similar journey for migration and integration, he realized it was time to think twice.

Many other companies face similar challenges: a long and complex development and integration work to network the cloud, a long and challenging series of successive steps promising more complexity and management headaches in the future. The electric car revolution is not due to successive, slight modifications to the internal combustion engine by gasoline and diesel vehicles manufacturers, but to Tesla, which has taken a step towards fully electric cars. Cloud network management calls for a similar revolution.

The Next Generation Of WANs Will Be Virtualized

Based on these needs, we can predict that the next generation of WANs will be virtualized, dynamically scalable, consumed as a service, and built in the cloud, i.e., able to access cloud-native functions for inserting and managing higher-level services such as firewalls. It will work with multiple clouds and integrate legacy systems and networks, including today’s enterprise data centers and SD-WAN structures. It will provide end-to-end visibility, security, and manageability.

Only 20% of enterprise workloads were deployed in infrastructure and cloud platform services in 2020. With the advent of cloud network management software opening the door to broader deployment, we are on the verge of a rapid acceleration in migration. By 2023, the volume of enterprise workloads in the cloud will have doubled to 40%. Cloud networking, the missing technology that was blocking the cloud revolution, will now spur it on.

Also Read: How To Build A Cloud IIoT Solution With AWS