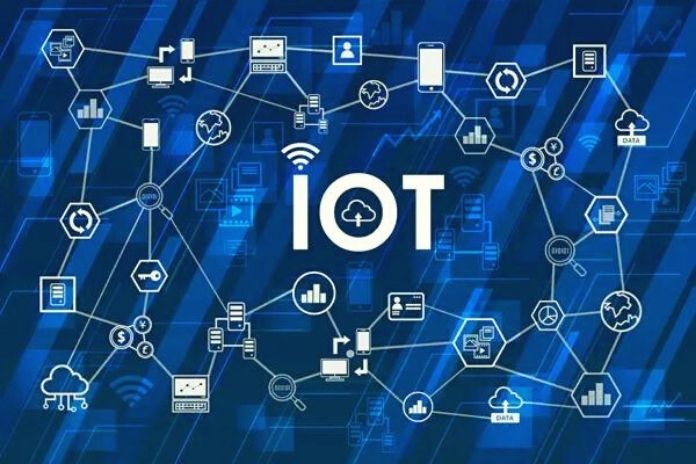 Security in the Internet of Things requires measures to create equipment and programming – the trendy expression is “Security by Design.” This incorporates encryption as well as the mechanization of charging and standard security refreshes. In the second piece of our series on IoT security, you will realize which five standards are central.

The Internet of Things makes online protection difficult because organized gadgets are available using the Internet for purposeful information access. Assaults by cybercriminals cause makers and clients huge weighty issues. For instance, claims for harm, picture harm, the deficiency of business-basic information, or the disturbance of machines and frameworks are conceivable.

This harm must have stayed away if online protection is thought of while fostering the equipment and programming for IoT gadgets. This standard is designated “Security by Design” and is considered, for instance.

The key to an IoT solution is the encryption of all data from sensors and actuators. The sensors determine machine data, actuators activate or change machine functions with control commands from the cloud. In both cases, no third party may have access to the data. That is why end-to-end encryption is the right approach. The sensors and actuators involved and the IoT platform in the cloud (IoT hub) only send and receive encrypted data.

End-to-end encryption of the user data requires a key that must meet two requirements: First, it should be at least 128 bits long, which corresponds to a 16-character password that is difficult to crack. Second, it must be generated with a random generator to avoid easily recognizable patterns or linear sequences. The key is saved directly in the firmware when the device is manufactured.

This guarantees the highest level of security. If a hacker guesses a key, only a single IoT device has been compromised, as only this device has this exact key. All other devices are still safe. (Q-loud uses additional security measures; details can be found in this document.)

The manual assignment of a password is traditionally part of the commissioning of networked devices, which is usually very insecure. People tend to use passwords that are easy to remember and, therefore, easy to break. This is no longer necessary in modern IoT solutions. The sensor and cloud identify each other based on the device ID and then manage variable keys.

On the one hand, this approach avoids difficulties with single passwords such as “123456” or “secret.” In addition, it is also much more convenient for users, as commissioning is automated and works for devices that do not have the option to enter a user name and password. Every IoT device from Q-loud has a sticker with a QR code.

The system software of IoT devices can also contain security gaps. A quick fix is ​​needed to prevent cybercriminals from exploiting them for hacker attacks. This is ideally done via an OTA (Over The Air) update. The solution provider sends security updates to the devices via the existing network. It is also essential to set up a patch management system that sends all updates automatically and immediately after they appear.

IoT devices often have hardware and software components from third-party manufacturers. In many cases, these suppliers, in turn, have their suppliers. The usually highly branched supply chains make it difficult for manufacturers to monitor the components’ safety.

That is why every manufacturer should build a security ecosystem from proven suppliers: Every supplier fulfills basic security principles and guarantees them in a framework agreement. In addition, the entire supply chain is an essential part of patch management, as the software components naturally also require regular security updates.

Conclusion: Cybersecurity Has To Be Systematic

It is not enough to implement individual cybersecurity measures in an IoT device. IoT devices have to be secured multiple times, and the standards should interlock. For example, it is too short-sighted only to connect the actual device – and neglect the backend in the cloud. Cybersecurity requires a systematic approach that takes into account all potential attack scenarios.

Also Read: The IoT Is Helping Digital Twins On Their Way