Robotics: What It Is, How To Do It, And Robot Models 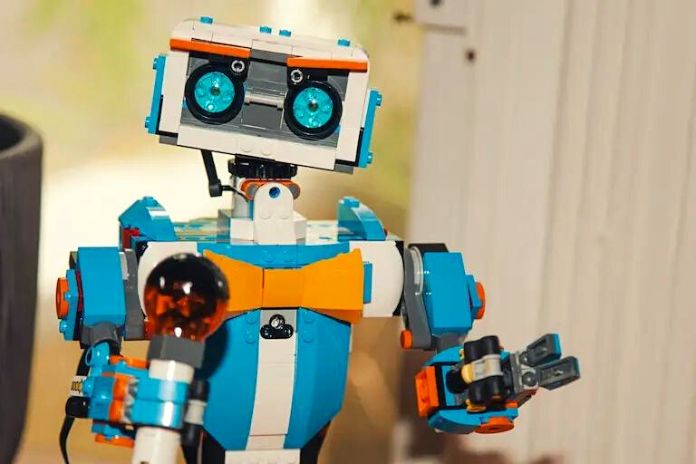 Suppose you want to use a sterile definition. In that case, robotics is that branch of engineering that studies the methods and procedures that allow a machine – or a robot, in the broadest sense of the term – to perform a particular operation. It is, therefore, a discipline closely related to programming but includes knowledge about other fields, not necessarily scientific ones.

The difference between robotics and programming is subtle. Still, while programming aims to allow a computer to run the software and all its functions, robotics “teaches” machines to reproduce human work, which is a ‘physical activity. And for robotics, skills in biology, biochemistry, and even philosophy are often required.

The fields of application of robotics are almost infinite: robots can be used in art, to create new forms of artistic inspiration, or they can perform housework instead of the man (in this case, we enter a field called “home automation”); these tools can be used in industries, to carry out jobs critically and intelligently (with possible choice if placed in certain situations), or they can be made in a similar way to humans – as in the case of humanoids – by implementing systems that they make them capable of interacting with the human being, responding to certain stimuli.

It is, therefore, a very fascinating and vast field, which still requires a lot of research and a lot of technology development, but which at the same time has achieved surprising results in just a few years. This is why Isaac Asimov would be proud of the progress in robotics in recent years: the idea of ​​an intelligent machine capable of interacting with humans has always fascinated him; however, there is still a long way to go before the Three Laws of Robotics – which he formulated – become a reality.

How To Do Robotics

Thinking that robotics is a discipline too far from one’s person or that one’s children would not be able to apply it is a widespread mistake: the world of robots is undoubtedly complex but not inaccessible for this.

Robotics For Children: How To Get Started

For example, you need to know that you can start from an early age doing robotics. Suppose you are a child curious to learn more about robots. In that case, you must first understand that on the market, you can find a toy robot like Thumbs Up!, Which can be assembled in 7 different configurations and is powered by solar energy; or, Clementoni has created a humanoid and programmable robot with simple operations thanks to which he will be able to move his torso and move objects.

Parents should know that all these smart toys are part of robotics for children, also called educational robotics: its goal is to bring young children closer to the discipline of coding and to develop computational thinking. Coding is nothing more than the art of programming robots, teaching them the activities to be carried out and the objectives to be achieved; computational thinking is a type of mindset necessary to excel in coding: it consists of a kind of reasoning in which a problem must be solved, to achieve a goal, within a predetermined context.

In other words, training “sharpens the wits” and allows you to solve problems only with what you have available. The importance of coding in the development of logic is also evidenced by the introduction of coding and computational thinking in primary school, thanks to a MIUR project, whose goal is to bring children closer to this engineering discipline from an early age.

Also Read: Robots: What They Are, How They Work

The robots developed nowadays are numerous and very interesting from a technological point of view. The main categories of robots that arouse considerable interest are humanoids which, as the name implies, have human features and those which resume the physiognomic characteristics of animals; however, these categories are by no means the only ones. Here is a list of the most exciting robots created to date.

The humanoid robot R1 is an all-Indian pride, as it was designed in Genoa at the Italian Institute of Technology. One meter and 25 high (but extendable by another 20 cm) and equipped with 28 motors, two color cameras, a 3D sensor, microphones, speakers, and other sensors, it is designed to assist disabled people and the elderly in everyday activities. He will be able to grasp objects, listen, interact and make decisions by analyzing problems. He is currently undergoing training but already knows how to speak Italian.

Activated in 2015, this social robot was striking and became famous worldwide for its naturalness and human features. It can reproduce various facial expressions, is equipped with cameras that allow it to recognize faces and maintain eye contact, and, for some topics, it can entertain honest conversations. It is currently the only robot to have obtained citizenship in a state.

In the field of robot animals, one cannot fail to mention RoboBee. The name of this machine, which seems to belong to the range of intelligent toys, literally translates into Italian as “robotic bee.” It is a machine that could monitor climatic conditions in the future, artificially pollinate in a controlled manner and check for the presence of contaminants in the soil. Developed at Harvard, RoboBee is only 3 centimeters long.

This robot has the Appearance of a bat, and its goal is precisely to allow researchers to study the flight of the actual animal. Its wings are made of carbon fiber and faithfully reproduce the real ones.

The fields of application are infinite: we go from Tinkerbot, the Arduino robot kit which, like Lego, allows you to create different structures but is equipped with sensors, to the most well-known (but no less impressive) robot vacuum cleaners or kitchen robots. And the list is still very long.

Advantages Of Robotics And Artificial Intelligence For Companies

Large companies will soon be able to implement robots equipped with artificial intelligence in their team to perform increasingly complex functions. But many companies, in reality, already do it: Amazon has implemented the Kiva system in its warehouses, which allows you to manage shelves and fulfill orders in a few moments using artificial intelligence. All this translates, for the company, into a drastic reduction in expenses (robots are not paid like men and require only ordinary maintenance).

Still, the probability that a robot will fail in its business is relatively low with greater productivity. We must not think exclusively of large companies to associate robotics: in many stables, for example, machines are used to milk cows, taking much less time than a man would require. Furthermore, implementing these systems in companies introduces them to an otherwise unknown system made up of continuous innovation. Therefore, robots represent an undoubted advantage for companies of any size and type.

The Future Of Robotics

It is not difficult to imagine a bright future for this vast branch of engineering. First, the opportunities that robots can offer are countless, and ample testimony has been given. In addition to the great opportunities that robotics offers in all fields, from education to medicine passing through industrial production, there is another aspect to consider, no less important. There is interest in investing in this field.

For example, large multinationals such as Amazon, Facebook, and Apple invest millions of dollars yearly in robotics innovation for a straightforward reason: they want to use the innovations introduced with the latest machines and the most sophisticated systems to generate even more profit. And to establish itself essentially on the market. However, this still represents an advantage for the community, which can contact these handy tools directly and, in some cases (including R1), get hold of them.

Also Read: Amazon Astro: What It Is, And What The New Home Robot Can Do