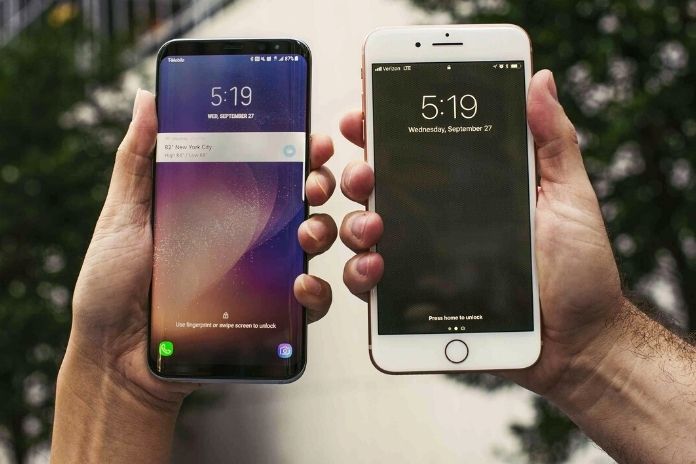 By taking advantage of the cloud or Wi-Fi connectivity, you can transfer data and contacts from an Android smartphone to an iPhone in minutes. If buying a new smartphone is a joyous moment for many, transferring files from the old to the new device can be an epic problem.

Perfect for safeguarding our most personal data, these objects become impassable walls when you decide to share information, especially if the two tools speak a different language, i.e., they use two different operating systems such as iOS and Android. When you decide to switch to a new mobile phone, you often risk saying goodbye to contacts, photos and videos, messages, and much more saved inside.

And we are not always ready to say goodbye to our virtual memory of recent years without at least attempting. However, technology provides some tools to avoid abandoning the information stored in our small high-security deposits. Whether it’s transferring files and contacts from Android to iOS or vice versa, there are many systems you can use. Here are the best ones currently available.

How To Export Contacts From Android To IoS And Vice Versa

Exporting contacts between an Android smartphone and an iPhone is a long but far from complex operation. The secret lies in exporting the contacts from the address book of the old smartphone in a compatible format on both platforms. In the case of contacts, the vCard format is universal – or almost – and accepted without any problems by both iOS and Android systems.

Transfer Data From Android To IoS And Vice Versa

The transfer of files from mobile devices with different operating systems can follow very different paths, one from the other. In all cases, however, the result will be the same: whether it is a working document, the letter to be sent to the building administrator, or the photos were taken during the last vacation, all data will be transported – almost without fatigue – from one mobile to another.

At least in appearance, the simplest method is based on creating an account on one of the many cloud storage services available on the market and installing the related applications on the two smartphones. Depending on the size of the files to be transferred, you can make your decision to fall on one service rather than another. There are many cloud storage proposals, and they differ in terms of services and the cost of the offer.

Easy to use, they can be used even after the completion of the operations. Dropbox, for example, offers 2 gigabytes of free space that can be increased by performing some special operations; OneDrive, Microsoft’s cloud storage service, offers 5 gigabytes of space to use for free; Google Drive, on the other hand, provides 15 gigabytes of space on which to store the data to be moved from one mobile phone to another.

There are many applications that, both free and paid, make it possible to pass information in a few simple clicks. Available for both operating systems, it is sufficient to install them on the two devices in use to allow perfect – or almost – data synchronization. The apps carry out all the “dirty work” independently without requiring significant interventions from the user.

What must be checked before starting the procedure is the type of files that can be transferred; at the end of the operations, however, it is better to make sure that everything has actually “passed” from one device to another to avoid losing important files that could be impossible to recover later.

By installing the Send anywhere application on your Android and iOS devices, you can transfer data between the two devices without having to use space on the cloud. The application will exploit data connectivity and p2p networks to transfer any data saved on the mobile phone memory.

Multiplatform application, Instashare allows you to transfer files not only between iOS and Android smartphones but also between Windows computers and OS X. In this case, instead of relying on the Internet, the application will use the Wi-Fi and Bluetooth modules of the devices to create an ad hoc network through which to pass photos, text documents, worksheets and anything else you want to transfer between the two mobile devices.

To transfer contacts, calendar appointments, photos, and files of various kinds between Android smartphones and iOS, install the Copy my data application on both devices and connect them to the same Wi-Fi network. At that point, it will be possible to transfer files from one mobile phone to another using the transmission band of your Wi-Fi router.

With PhoneCopy, you can both save and backup contacts and files. A free version of the app, with a transfer limited to 500 contacts, and a paid version that allows you to take advantage of all its features. All saved data can also be viewed from a web browser, creating a profile that allows you to save information on the cloud.

In addition to information and phone numbers, you can also save photos and videos on iPhone, iPad, iPod Touch, and Android devices, using the Wi-Fi or mobile connection offered by your manager.

Available for both Android and iOS, MCBackup makes the passage of contacts in vCard format without transforming them manually, even using an email client. The same can also be used on other devices that use this format. Furthermore, everything can be done offline without the need to synchronize data in the cloud.

Once the contacts on the first device are backed up, the app converts them to vCard; select ” Email ” to send them to your account email, which must already be set up on the two devices. Open the mail client on the second smartphone, download the vCard and open it to update the data.