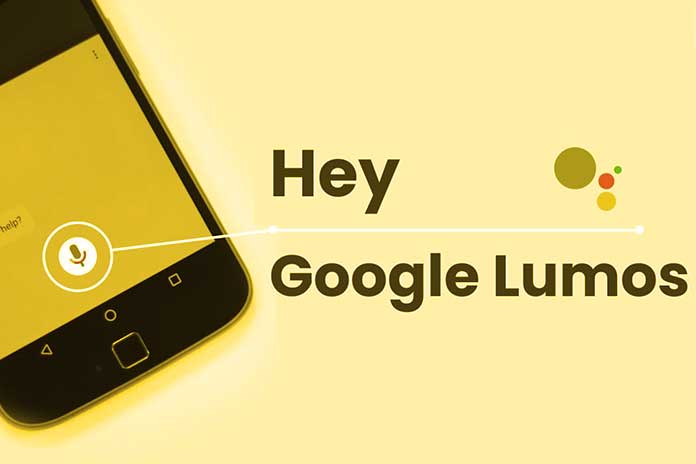 Recently, many web users have been searching for the word Google ‘Lumos’ to activate the flashlight when speaking to their smartphones. The ‘Lumos maxima’ is a spell from Hogwarts School of Witchcraft and Wizardry. The Harry Potter fans know about the spells of Hogwarts very well. So, netizens are excited to be aware of the ‘Lumos’ spell created by Google. To know more about the spell, continue reading further.

J.K Rowling, a famous British novelist, is the author of the world-renowned Harry Potter novels. The novels are later picturized into films. Lumos Maxima is a spell used in Harry Potter novels and films. Every magician has a spellcaster wand in their hands. To see in the dark, the magicians cast the word ‘Lumos Maxima’ on their wands as the wand’s tip lights up. To put it away, they say the magic spell ‘Nox’. So, Google used the spell ‘Lumos’ to switch on the smartphone’s flashlight and the word ‘Nox’ to put it off.

We do not know exactly when Google launched the ‘Lumos’ feature. Still, someone randomly discovered and posted on Twitter that saying the word ‘Lumos’ to SIRI turned on the flashlight on iPhones, and Google Lumos to the Google Assistant turned on the flashlight on Android phones. To turn off the flashlight, you should say the counter-spell ‘Nox’ for Android and iPhone. It is a fun and thrilling experience for everyone. While executing the spell, the users get the feeling of a wizard.

Most android users have Google Assistant by default on their phones. If not, download the app from the Play store. To activate the spell, say “Hey Google” when the voice feature is enabled. Then say ‘Lumos’ and see, to your surprise, the flashlight turns on. When you want to put it off, say ‘Nox’.

To turn on the flashlight on your Android and iPhone using the trick ‘Google Lumos,’ follow the step-by-step process given here.

Turn On The Flashlight Of Your iPhone Using The Spell Hey, Google Lumos

Follow the steps below to turn on your iPhone’s flashlight using the spell ‘Lumos’. The process is very simple.

Turn On The Flashlight Of Your Android Phone Using The Spell Hey, Google Lumos

By following simple steps, you can also turn on your Android phone’s flashlight. Follow them carefully.

Is it not surprising and exciting to use the spells from the world-famous novels Harry Potter and the Fantastic Beasts? When you use the spells from the imaginary wizarding world in real life and witness that they happen on your smart devices, you get a wonderful feeling of a thrilling experience. A few more spells extracted from the Harry Potter series are equally fun to use. Here we mention a few of them.

Hey Google Lumos. ‘Hey, Google Lumos’ spell has become very popular among smartphone users. Everyone is excited to use it. If you want to turn on your smartphone’s flashlight, say the word ‘Lumos’ and turn it off; use the counter-spell ‘Nox’. The Lumos spell works for both Android and iPhone users. The users feel like real magicians or wizards. This amazing feature invented by Google is worth trying. Besides using Lumos trick smartphones, you can also use the spell if you have a Google Home Smart Assistant. To turn on your home’s smart lights, you should say ‘Lumos’.

To unlock your smart home door, use the spell ‘Alohomora’

To summon a Pizza, use the spell Accio

Imagine if you can order and summon a pizza with a spell like a wizard. Isn’t it exciting? Yes! With the spell ‘Accio’, you can summon pizza and other food items from Poatmates, Grubhub, Doordash, UberEats, and Seamless. These food delivery agencies deliver your favourite food items following your command spell, ‘Accio’.

In this post, we have mentioned the popular feature of Google, Hey Lumos Maxima, and Nox and how they are activated. We also mentioned two other famous spells of Hogwarts, Alohomora, and Accio, that are fun using. Try the Lumos spell for sure and taste the experience of a wizard.