HomeTECHNOLOGY5GWithout A Fiber-Optic Infrastructure, There Is No 5G Cellular Network
TECHNOLOGY5G

Without A Fiber-Optic Infrastructure, There Is No 5G Cellular Network 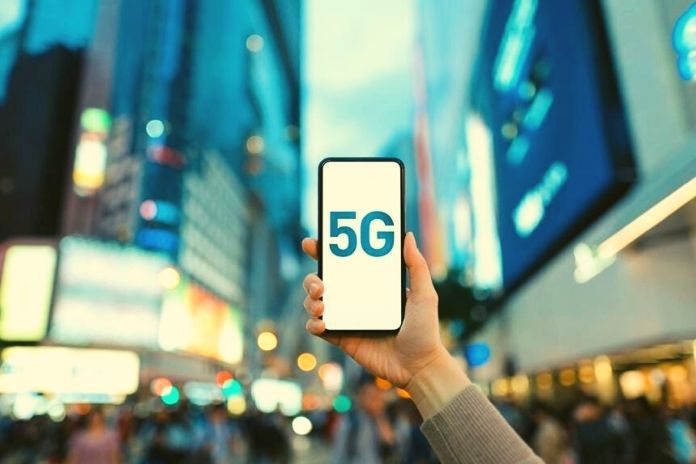 The next generation of mobile communications is coming. First of all, companies benefit from 5G, including campus networks. But innovative city initiatives are also dependent on modern networking. However, one prerequisite remains: Without a fiber-optic infrastructure, it does not work. Broadband via radio requires broadband via fiber optic cable.

More than five and a half billion euros for 5G mobile radio frequencies: This sum shows the high expectations of the fifth-generation network, which were raised by auction. 5G offers more data throughput, higher capacities, shorter response times, and lower operating costs. Internet users, the economy, and cities and regions are expecting a lot from the next generation of mobile communications.

Because 5G differs significantly from its predecessors, there are three different areas of application, each of which requires different frequencies and network properties. The first case involves an ultra-fast mobile broadband network, the second a particular network for communication between machines and applications, and the third a highly reliable real-time network with short response times.

The 5G technologies enable applications in machine communication with high demands on the number of elements to be networked. Examples of this are concepts for the smart city, such as a networked traffic management system that monitors the parking space. To this end, all parking spaces are equipped with sensors connected to the Internet of Things that recognize a car.

It makes sense that payment is also integrated so that an app guides drivers to a free parking space, which they pay digitally when they leave. The number of networking points, which is particularly necessary for large cities, requires a well-developed 5G cellular network. Another area of ​​application is medical care through telemedicine. Body functions such as heartbeat or lung function are monitored with IoT devices.

The medical devices transmit the determined data via the cellular network. With many diseases, information must arrive in the cloud without delay. For example, a medical consultation via video conference is conceivable, which requires a network with high bandwidths. In this case, too, 5G offers advantages. Among other things, there are no dropouts due to excessive network utilization.

Driverless Cars In The 5G Network

Fully autonomous driving requires a real-time network, the third area of ​​application of 5G. For example, robot taxis: Send travel and position data to a control center to process bookings and billing. Thanks to close monitoring, the vehicles can also be integrated into a traffic management system: If specific routes are overloaded, the bright taxis automatically evade. Entertainment systems should ensure the guests’ comfort: Music and videos come into the cabin via the mobile Internet.

However, that is still a long way off. The currently planned applications are primarily aimed at companies. With 5G, you get numerous possibilities that can hardly be realized with previous networks. The mobile broadband network alone is ideal for employees who work in the home office, with customers, or in a hotel. The 5G internet connections are much more potent, with significantly higher transmission rates than previous cellular networks.

Another attractive option for companies is to set up their campus network. This is a separate frequency range that can only be licensed within a small region. Companies become operators of their cellular network – at low cost, as they only pay the operating fees. This network is helpful for the convenient networking of machines and systems. The available WLAN, which is often used today, is not robust enough and only allows a limited number of devices.

In addition, covering a large area and many buildings with WLAN is very complex. With 5G, compared to WLAN, only one or very few cellular stations are required for a company site. An alternative to 5G partial technology in the IoT area is LPWANs (Low Power Wide Area Networks). These are special WLANs for communication with machines.

Although they only offer a small bandwidth and are not real-time capable, they have a low energy consumption. Typically, a single battery will last for several years. In addition, the LPWAN radio waves can easily penetrate even thick masonry. They are ideally suited to transferring small data packets in the Internet of Things. A typical application area is intelligent meters in the energy industry, which are often installed in the basement of a house.

These examples show that building a nationwide 5G network is challenging and requires enormous investments. Overall, the new generation of mobile communications with higher frequency ranges brings significantly smaller radio cells, increased simultaneous connections, and vast bandwidth. These requirements can only be met with broadband fiber-optic connections between the mobile radio stations since they are future-proof and scalable.

In addition, the structure of the network structures is changing since antenna locations, and base stations can be located at different locations and are connected via optical fibers. From a technical point of view, the 5G network, therefore, requires area-wide fiber-optic networks. The telecommunications companies are currently connecting important switching points of the fixed network with broadband fiber-optic connections to offer their customers transmission types up to the gigabit range.

The construction and operation of broadband networks on fiber optic infrastructures are one of the core businesses of Plusnet GmbH. Plusnet has been operating a nationwide Next Generation Network for more than ten years, provides corporate customers with managed network services – for example, setting up corporate networks across multiple locations – and monitors network services around the clock with its Network Operations Center (NOC).

The company realizes network interconnections with numerous national and international internet providers and carriers. In addition, there are many years of experience as a service provider for regional airlines, municipal utilities, and municipalities in the construction and operation of their fiber-optic networks and the offer of an open-access platform.

Also Read: 5G And Edge Connectivity: The Answer To The Need For Speed