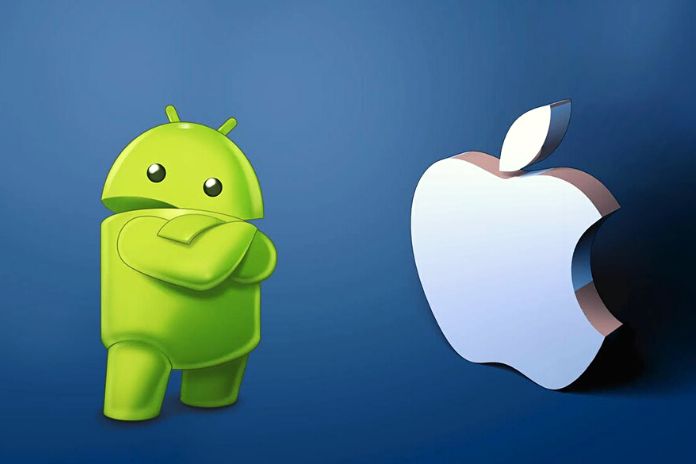 Since the Android system was born, one of the most heartfelt questions is: “Why choose Android and not iOS? Those who follow fashion and trends will most likely buy an iPhone (and, therefore, iOS), while most nerds will choose an Android. But why prefer one operating system rather than another on your smartphone? What are the differences between the two? Let’s start by saying that Android and iOS are just some smartphone operating systems.

There are also others, such as Windows Phone, BlackBerry OS and other minor ones. However, the OS for mobile devices launched by Google and Apple have practically always been the best and have conquered most smartphone owners. Both are excellent despite notable differences; below, we will list some good reasons to prefer Android to iOS. With this, we mean something other than that the Android system is objectively superior to iOS but that some reasons could make you prefer it to iOS. Therefore, the choice is subjective and depends on your needs and tastes.

First, choosing a mobile with an Android operating system means having a wide choice. This is because Android is installed on devices made by multiple manufacturers so that you can buy a new smartphone according to your taste and budget. The iOS system, on the other hand, is only installed on mobile devices produced by Apple (iPhone and iPad); therefore, choosing iOS necessarily means choosing an Apple device. Furthermore, unlike other manufacturers, Apple produces only one model per year for each device class.

Therefore, only one iPhone, one iPhone Plus (in the phablet category) and only one iPad per year (except the iPhone 5C and iPhone X, launched simultaneously with iPhone 5S and iPhone 8, respectively). On the other hand, Samsung, Huawei, and most mobile device manufacturers produce devices for all tastes and budgets. Choosing Android, therefore, means choosing a new mobile phone or tablet with a design and materials to our liking: there are devices with soft touch keys, without keys, more or less thick, displays of all sizes and materials ranging from wood to metal.

As we all know, iOS (but also macOS) has always been defined as a closed operating system. This means following Apple’s rules and choices: no (or little) customization. Android allows you to choose the type of launcher, change the theme, install external applications (i.e. not present on the Play Store), customize the notification LED and so on. The list is really long; moreover, each producer inserts some goodies that can be pleasant. Therefore, if you are a lover of personalized things, you cannot fail to choose Android.

Surely the iPhone software could be better, but not very rich in features. There are some functions available on Android devices that can be very useful, such as the Multi Windows mode, which allows you to keep two different apps open at the same time in two different portions of the screen, and the widgets, which have always been present on Android, which they allow you to take advantage of certain app functions directly from the home (main screen) of the device. Furthermore, it must be said that many functions on iOS can only be used with external Apple devices, again due to the limitations imposed by the parent company.

Returning to the subject of customization, it is even possible to install custom ROMs on Android devices. They are versions modified by the users (geeks more than others) of the operating system pre-installed smartphones. This allows for extreme software customization, but there are better places to discuss it.

Apple device hardware has always been limited. Although iOS is light and performing, the hardware limits are felt in some areas. For example, the battery is one of the weak points of all iPhones, and one with greater capacity can certainly be useful if you often use your smartphone. Or the camera, however high quality it may be on the iPhone, may need to be improved, and therefore there is a need to be able to choose between multiple devices. Some prefer a super fast processor or infinite memory (by inserting a microSD), and thanks to Android, they can do it. Furthermore, there are no dual SIM iPhones, and the audio jack has also recently been eliminated from all models, which for someone can be a serious shortcoming.

As we said in point 1, only Apple devices have iOS. And Apple devices are costly. They are among the most expensive. Just think that the latest addition to Apple, the iPhone X, has a list price of €1,189 in its basic version (with 64GB internal memory). Android devices, on the other hand, embrace all price ranges and even the top of the range have much lower prices. Spending less does not mean giving up on quality but simply choosing a more competitive product. For example, the new Honor brand launched by Huawei allows you to buy real top-of-the-range products at excellent prices (less than €400 for the latest arrival).

So, are you telling me that Android devices have no weaknesses?

We haven’t said that. After all, every operating system has its strengths and weaknesses. Greater openness does not only correspond to advantages. An open-source operating system like Android also means an OS more prone to attacks by hackers, viruses, malware, etc. Variety, on the other hand, also means fragmentation: most Android device manufacturers cannot keep track of updates for all their devices, making Android a very fragmented operating system.

Just think that the latest version of the green robot is currently installed on only 1.1% of the devices on the market. This doesn’t happen, however, for Apple, having a limited number of devices to follow. Furthermore, Android is an OS that can be installed on multiple device models, making it heavier and less fluid. Fortunately, thanks to the steps made both on the hardware and software side, performance is no longer an issue for Google’s operating system. The fact remains that iOS is, to date, one of the most stable and secure smartphone OSes.

So why should I choose Android over iOS?

As we anticipated in the introduction, there is no operating system that is better than another, but only one that can reflect the buyer’s needs more than the other. Android represents freedom in all respects; therefore, it can satisfy most requests. We have analyzed the various points that are essential to address before buying a smartphone. We talked about customization, software, hardware, modding and cost, and we saw that Android could be, in any case, an excellent choice. Whether you are a student, a photo enthusiast, a geek, a freelancer or a person who wants a smartphone regardless of the latest feature launched, an Android device can be a good choice. There are devices with scary cameras, infinite batteries and very powerful processors that make them suitable for every need.