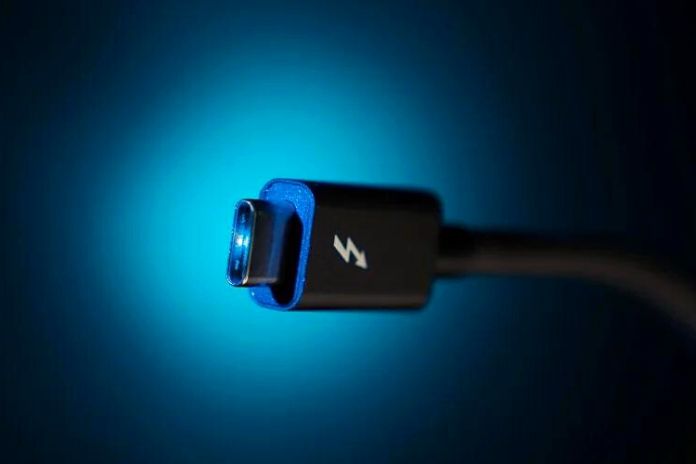 The world of connection protocols is in turmoil and preparing for a battle with no holds barred. A new war of standards is about to explode in the computing world. In this case, the connection protocols at the center of the dispute allow plug-and-play peripherals to connect to computers and laptops and interact with them. While there has been a sort of unchallenged monopoly by the USB standard (in its various versions), two new hyper-fast standards appear on the market that promise to give USB 3.0 a lot of trouble. Of course, the role of Thunderbolt and PCIe OCuLink will be anything but simple, given the technological advantage accumulated in recent years by the Universal Serial Bus., but the fight promises to be more uncertain than one might think.

The USB ( Universal Serial Bus ) industry standard was developed in the mid-1990s and consists of cables, connectors, and communication protocols helpful in connecting, powering and exchanging data between computers and electronic devices (essentially plug & play peripherals, but not only). Asymmetrical system based on a single manager to which various peripherals can be connected in a tree. This is possible thanks to the use of so-called hubs (concentrators) and the fact that each manager can support up to 127 different peripherals. During the design phase, it was made so that USB peripherals can be connected or disconnected without the need to turn off the manager: most of the devices equipped with this standard, therefore, are plug-and-play and can be connected and disconnected from the computer without having to perform any particular operation. The communication between the various devices is entrusted to logical channels called pipes.

The pipe is the connection point between the host (or manager) and a logical entity (located on the device) that reached the endpoint (which can be translated as “endpoint”). Between the pipe and endpoint, there is always a ratio of 1 to 1, i.eFor each connection point present on the host, the pipe, there is a corresponding one on the peripheral (the endpoint ). The latest standard, USB 3.0, was presented to the press in 2008 and represented a substantial step forward compared to the past. Compared to its predecessor, it guaranteed a higher transfer speed – up to 5 Gigabit per second -, a wider band – thanks to two data transfer paths instead of one – and a more significant number of logical flows for each endpoint. The last evolutionary step of this “species” was presented on July 31st. The 3.1 standard raises the maximum speed bar even higher, ensuring file transfers of up to 10 Gigabits per second (double the previous standard).

Lightning is the translation of Thunderbolt – intel (and Apple, the first big hi-tech world to adopt this standard) response to the consortium that develops USB. Like the rival standard, Thunderbolt also has the connection between computers and plug-and-play peripherals of all kinds as its primary objective – from printers to cameras, from camcorders to external hard drives. Thunderbolt technology combines the bandwidth and transport speed guaranteed by PCIe ( PCI Express ) with the connectivity offered by Apple’s DisplayPort cables and connectors. Every single port can manage up to 6 different Thunderbolt devices, in cascade, with special hubs.

The first generation of Thunderbolt cables can reach a theoretical transfer speed of 10 Gigabits per second bidirectional since each cable has two transfer channels, one dedicated to downloading from the device and one dedicated to uploading to the latter. Initially, this kind of cable realization involved using fragile optical fiber filaments; when it was discovered that the same results could be obtained using cheaper copper, Intel opted for the latter material. The Thunderbolt 2 standard was recently introduced. The main difference from the previous technology lies at a logical level: the two transfer channels can be “added” and, therefore, the transfer speed, in the typical case of a stream. Of unidirectional data ( upload or download ), doubles reach a maximum of 20 Gigabits per second.

The latest arrival in the competition promises to do battle, even if not before the second half of 2014. The PCIe OCuLink is proposed as a serious alternative to USB 3.0 and Thunderbolt, with a theoretical maximum speed of 8 Gigabits per second on each transmission channel. Also, copper and fiber optic cables are being developed for this standard. Thanks to the four transmission channels provided, it will guarantee a maximum speed of 32 Gigabits per second for each transfer direction.

The Three, In Comparison

Although, at the moment, it is the standard that guarantees the worst theoretical performance, USB remains the most widespread and used. Undoubtedly, this is due to the advantageous position acquired over the years but also to the different commercial and technological choices that, at the moment, make it economically more convenient than the other two standards. Compared to Thunderbolt and PCIe OCuLink, USB has significantly lower production costs and is widespread on a more significant number of devices.