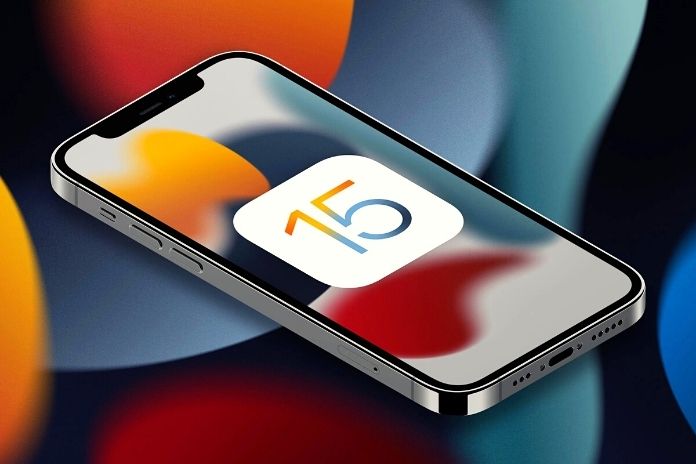 Thanks to iOS 15, it will be possible to share TV series while chatting with FaceTime, copy the writings of the photos, reduce distractions in a reasoned way, never go wrong again and access with a simple tap the places you go daily. The iOS 15 updates of Apple’s operating system are coming (in September?) Here are the five most interesting from official sources. SharePlay, sharing without limits For the lazy ones or those who also appreciated being at home during the lockdown, Apple has added a new function in FaceTime that allows the user to share experiences.

While chatting with friends or family, SharePlay lets you listen to songs from Apple Music, watch a movie or episode of a series, and even share your screen to view apps together. Beneficial function if you have to explain “How to” to a family member who is not very used to technology. Available on iPhone, iPad and Mac, SharePlay makes playback controls available to anyone participating in the same session. A feature that is also very useful on Apple TV. The user can watch a TV series or movie on the big screen while participating in a FaceTime video call. SharePlay maintains the reproduction of all connected devices in sync.

Disney +, TikTok, Twitch, and many other services integrate SharePlay into their apps. This will lead to broader sharing by creating new ways to interact and stay in touch with the people we care about. But three other goodies enrich FaceTime. It starts with spatial audio in which voices seem to come from the point where the interlocutor appears on the screen. Agents that are well separated from background noise. On the other hand, for those who are ashamed to show the chaos of home or office, the blur function of Portrait typical of a selfie also arrives in the video call.

Finally, with Group FaceTime, there is a new grid view that allows you to see multiple participants simultaneously. Finally, FaceTime calls are no longer exclusive to Apple devices. The user can create a link from an iPhone, iPad or Mac and share it with Messages, Calendar, Mail or a third-party app. This will allow anyone to join via browser from Android and Windows devices. Live text, copying the writings from the photos. Digitize the recipe handwritten by the grandmother. Instantly use the phone number present in the shot of a sign. Quickly copy the Wi-Fi password exposed in a cafe.

The new Live Text feature can use on-device intelligence to recognize text in photos and allow the user to take action. All this is made possible by Apple’s Neural Engine, which enables the camera App to remember and copy the text present in the photos. The Photos app includes the most significant update to the Memories feature. A new look, an interactive interface that integrates with Apple Music, uses on-device intelligence to offer personalized song suggestions that bring memories to life.

In addition, with Visual Look Up, users can get information on famous works of art, iconic sites, plants and flowers found in nature, and breeds of pets through the camera. You can even find books. With Spotlight, you can search your photos by location, people, scenes or objects. However, when you search for a contact, Spotlight also presents recent conversations, shared photos, and even their site, if shared with Find My. Concentration is the function to reduce distractions. It is self-evident how the small display you hold in your hands is an almost inexhaustible source of distraction.

Especially while you’re trying to focus on your study or are preparing for an important meeting. To meet the needs of its users, Apple’s new iOS 15 introduces the  Concentration function. His job is to filter notifications and apps based on the content the user wants to focus on. Using this feature is extremely simple. The person can consciously choose to customize the different flags of the Concentration function. Alternatively, you can opt for the settings suggested by the device. This, thanks to intelligence-device,  determines which people and which apps can continue to send notifications. Of course, the last decision is always up to you.

Focus suggestions are based on your habits. The system analyzes, for example, the hours of work or moments of relaxation before going to sleep. And if you have multiple Apple devices, just set the feature to just one. The others will sync automatically. You can also create Home screen pages with specific apps and widgets, especially for the moments when you need to focus. This allows you to view only the relevant apps and reduce temptation. Attention! When a user’s Concentration mode blocks incoming notifications, their status is automatically shown in Messages to Sender, informing them that the user is currently unreachable.

Concentration, iOS 15’s Maps Reduction Feature Introduces Augmented Reality Through iOS 15. Maps take it one step further with new ways to explore and view directions. In the car, on public transport, by bicycle or on foot, the user has at his disposal neighborhoods, buildings and shopping centers full of details, information on the altitude, new street colors and labels, personalized placeholders and a new moonlight night mode. A three-dimensional experience that immerses you in the city. Those traveling by public transport can more easily find nearby stops and mark their favorite lines.

Maps automatically monitor the chosen route, alerting the user when it’s almost time to get off, and travelers can keep track of the way, even an Apple Watch. With iOS 15, if you hold the iPhone up, Maps calculates the location with extreme precision to show the detailed walking route in augmented reality. iPhone becomes the passe-partout of every door. Wallet, which offers support for other types of keys, has increased its scope of an application once again. So just a tap to access the usual places. In the summer of 2020, Apple introduced digital car keys.

BMW was the first carmaker to add its keys to allow the user to open the car’s doors with a simple tap. With iOS 15, digital car keys get even better thanks to supporting Ultra-Wideband technology. You can keep your iPhone in your pocket or purse while you open the door and start the car safely. iPhone becomes a real passe-partout since it can also be used to open the door of the house, office and even a hotel room. Just use the keys stored in the Wallet. Furthermore, it will be possible to add a driving license or identity card to Wallet at the end of the year.