Samsung Galaxy S23, How Could It Be The Top Of The Range 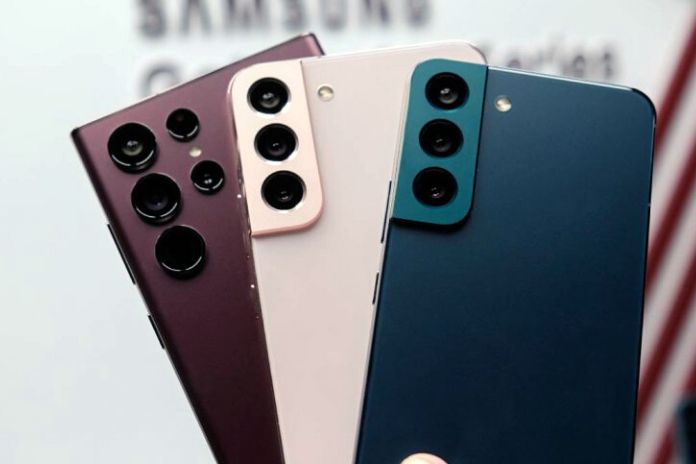 How Could The Next Samsung Galaxy S23 Be, The Rumors

Samsung Galaxy S23, the new high-end smartphone of the South Korean multinational, arriving on the market in the coming months. We discover the first rumors. Samsung Galaxy S23 will be the new top-of-the-range from Samsung, and although there are still no official confirmations, various information about it continue to be leaked online. From what we learn from some rumors, it seems that the smartphone could arrive on the market as early as the end of this year, even if there is still no confirmed date. In addition, the device should join a new generation of foldable phones. From what we know, it should be available in three variants: Samsung Galaxy S23, S23 Plus, and S23 Ultra. Assuming it’s just rumored, let’s see what the new Samsung Galaxy S23 could look like.

Although not yet confirmed, technology enthusiasts’ first advances in the hardware sector bode well. After the debut of the brand-new iPhone 13, the Android counterpart cannot be outdone and will have to focus on cutting-edge technical features. As for the screen, the smartphone should have a 6.1 “FHD + sAMOLED, 120Hz refresh rate with a Qualcomm Snapdragon 8 Gen 2 processor with a 3.36 GHz central core, four intermediate at 2.80 GHz, and three cores. Minor at 2.02 GHz. In terms of memory, however, Samsung Galaxy S23 should be able to count on 8GB RAM and two 128 / 256GB internal memory cuts.

For cameras, which have always been the highlight of the top of the range, we talk about: 50MP, the main one, 12MP, the ultra-wide-angle one. And 10MP, the telephoto lens, for the rear ones. The front one, on the other hand, should be 10 MP. The smartphone should come with a 3,900mAh battery with 25W wired fast charging and 15W wireless charging. This is perhaps the most controversial and least reliable data, given that the top of the range generally falls back on batteries of at least 5,000mAh. The operating system, of course, will be Android 13 with the One UI 5 interface. All these technical characteristics refer to the standard Samsung Galaxy S23 and could be very different from the best-performing models. The rumors speak of larger screens, so maybe 6.3 or 6.5 ”, and certainly more memory cuts, up to 1TB of storage, and up to 16GB of RAM.

A few hours ago, a leaker known as Ice Universe shared on Twitter a fascinating photo that would depict the covers of the new Samsung Galaxy S23. From what you can guess in the images, the Galaxy S23 and Galaxy S23 + should have three cameras aligned vertically, and the flash positioned higher up. The Samsung Galaxy S23 Ultra, on the other hand, should be able to count on five elements in the photographic sector, even if it is still unclear what type of technology it is. Another indiscretion on the most performing model concerns the now well-known S Pen equipment. Furthermore, this must have a more rounded design than the other two. There is always talk of images and deductions not confirmed by Samsung and, therefore, for the moment, without foundation.

Also Read: Windows 11 Update, How To Download It, And Its New Features