Opera Browser: An Alternative To Firefox And Chrome? 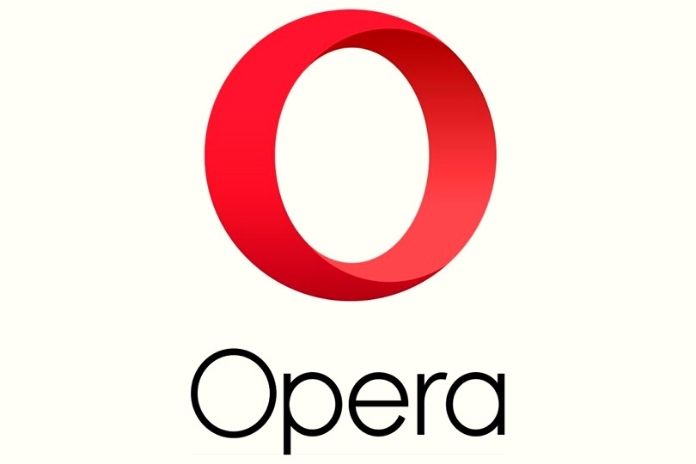 The Opera browser is a valid web veteran: it has been fighting for the favor of the internet community since 1995. Opera mainly wants to score with extra functions, such as the integration of social networks, a free VPN service, or a Pinterest alternative, compared to other browsers. Our test shows how well Opera performs compared to Chrome, Firefox, and Co.

Opera used its rendering engine to display web pages in earlier versions. However, since version 15, which was released in 2013, Opera has been switched to the Chromium engine, which is also used by the competitor’s Google Chrome and Microsoft Edge. Compatibility with modern websites is correspondingly high, as these are almost always optimized for the underlying Blink rendering engine. In addition, Chrome plugins can also be used with Opera. In web standard tests, Opera achieves correspondingly high ratings.

526 out of 555 points in the HTML5 test and 67 percent in the CSS3 test corresponds to the compatibility level of the Chromium competitors; With 517 points or 69 percent, Firefox comes off only slightly differently. Fundamental problems with the display of modern websites are not to be expected across browsers. In our test, Opera was pleasingly modest in memory requirements compared to its Chromium competitors. With 20 browser tabs open simultaneously, Opera occupied around 1.26 GB of RAM on our test system with Windows 11.

For comparison: Microsoft Edge and Google Chrome use around 1.6 GB of RAM in the exact URL list, while Mozilla Firefox is between the two competitors with around 1.5 GB. For better comparability, the tests were carried out with a new browser profile without installed extensions and after a PC restart. Aside from such measurements, we didn’t notice any particular speed advantages or corresponding losses when surfing with Opera.

The highly configurable sidebar is a feature designed to set Opera apart from the competition. This houses a series of icons that give users quick access to social media services such as WhatsApp, Telegram, Twitter, or Instagram, music services such as YouTube and Spotify, or Opera’s internal functions such as an integrated wallet for cryptocurrency. At the testing time, the latter supported the currencies Etherium, Bitcoin, TRON, and Celo. The related services are displayed above the actual page content but can also be permanently anchored. This is an added value for regular users of the services.

Unfortunately, it is not possible to integrate your services into the Opera sidebar. However, the current offers can still be removed if not used. Apart from the sidebar, Opera also offers several additional functions. Websites can be partially or wholly photographed, and with “My Flow,” files and links can be exchanged between desktop and smartphone – more on that later. The pinboard function is also practical. Comparable to the Pinterest online service, Pinboard allows websites, images, notes, and more to be pinned to virtual pinboards, such as creating curated lists of links for the upcoming vacation. The pinboards can also be uploaded to Opera and shared with other users.

Good Expandability Thanks To Many Addons

When Opera’s built-in features aren’t enough, browser extensions can help. The Chromium base allows installing Google Chrome extensions in Opera. This allows the browser to be expanded with new functions just as quickly as the alternatives from Google and Microsoft.

Like practically all browsers, Opera also promises the highest data protection and security level. An integrated ad blocker should contribute to this, which in addition to advertisements, also wants to block trackers and crypto miners. After manual activation, the ad blocker works reasonably reliably, but we still see ad banners on some pages. The EFF security test also shows that Opera users can sometimes be recognized via browser fingerprinting despite activated security functions. However, this also applies to the competition – so far, none of the common browsers has reliably prevented fingerprinting.

A VPN service integrated directly into Opera makes it possible to hide the IP address without registration and additional costs. Compared to a fully-fledged VPN provider, the browser-internal option generally offers less functionality. It is not an encrypted VPN tunnel for the entire system, just a proxy connection for the browser itself. It is not clear from Opera’s data protection information which user data is recorded when using the VPN. However, when we asked, Opera assured us that it is a no-log VPN that does not keep any connection logs. The VPN service can help bypass IP blocks, but it does not replace a full-fledged VPN solution.

Preset advertising links on the browser start page and the transmission of user data to the developers, which is switched on by default, also contribute to the fact that Opera leaves a mixed impression regarding data protection. Opera also offers the installation of the Amazon Assistant via the sidebar, which displays purchase offers from the online marketplace while surfing. All these functions can be deactivated, but a bland aftertaste remains.

Mobile Apps For Android And iOS

Like all current browsers, Opera also offers a mobile version for Android and iOS. Both variants have a large part of the Opera options on smartphones and tablets, such as the ad blocker and the synchronization of bookmarks with the desktop. However, Opera’s VPN access is currently exclusive to Android and is missing on the iPhone and iPad. Like all third-party browsers on the system, the iOS version of Opera is affected by the fact that Apple does not allow third-party browser engines. It, therefore, uses Safari’s Webkit rendering instead of the Chromium version.

The browser’s so-called “My Flow” function is helpful for the interaction between the desktop and mobile versions of Opera, regardless of the system. It enables the encrypted exchange of links and files between desktop and smartphone to transfer a photo to the PC quickly. You have to click on the arrow next to the browser’s URL bar. Notes can also be stored in the flow area. The use of “My Flow” does not require an extra account. Instead, the connection is made easily by scanning a QR code. Anyone who frequently switches between mobile and desktop browsers can make their work more accessible here.

Opera GX integrates the streaming platform Twitch and the communication tool Discord, which is essential for gamers, into the sidebar, which can be used in the background. Another difference is the so-called GX Control Panel. Here, Opera GX not only lists the CPU and RAM usage of all browser tabs but also offers the possibility to limit the browser’s resource consumption to keep CPU, memory, and network usage low.

This works well in our tests. With the browser performance throttled accordingly, the PC resources remain free for games. The extent to which a browser runs parallel to the game slows down gaming performance naturally depends on many factors. The approach is at least interesting, especially since Opera GX brings all the functions of the basic version.

Whether the Opera browser is worth it depends on your preferences. Functions such as the Pinboard, the interlocking of desktop and mobile, or the social media integration are convincingly implemented and can represent real added value. The VPN service does not perform as well as paid VPN providers, but it is included free of charge – Opera has that advantage over other browsers. Unfortunately, some presets aren’t particularly privacy-friendly.

Anyone who places particular value on data protection or minimalism is better off with competitors such as Firefox or the Google-free Chromium basic version – especially since some Opera functions can be reproduced there via extensions. There is nothing to complain about when it comes to the browser’s user guide, which works uniformly and clearly despite many functions. Since the developers are also constantly adding new parts, Opera is worth looking at least as an addition to your browser fleet.