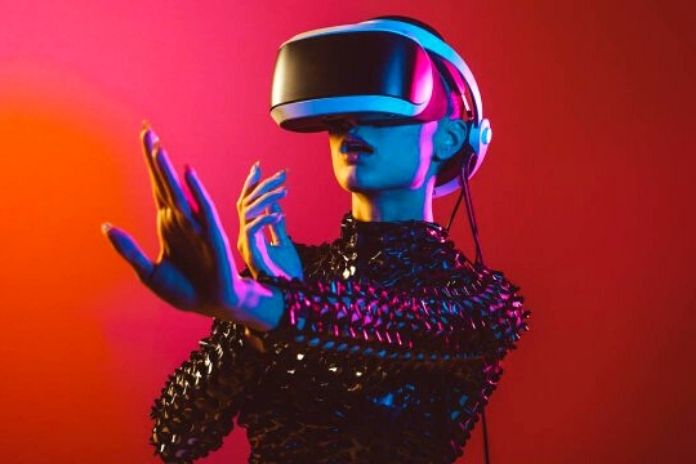 In collaboration with Verizon, Motorola launches a new wearable device that allows you to use more comfortable and lighter VR headsets. After the launch of the Metaverse, companies are moving to keep up with the new digital worlds that are about to grow more and more. In partnership with Verizon, Motorola has launched a stylish pendant on the market to be used together with augmented reality viewers and which also makes them lighter. The 5G XR neckband, the name of the new device, will allow access to augmented reality content even from delicate and straightforward objects, avoiding wearing those 3D viewers that until now were often bulky and uncomfortable.

Motorola has inserted all the hardware parts into the pendant that are indispensable for sending and receiving data from the Internet and navigating within the Metaverse. It will be enough for the glasses to connect to the accessory through 5G so that the neckband can transmit information directly to the lenses through small projectors placed on their surface. Lenovo’s Think Reality A3, which has long since acquired Motorola’s mobile branch, was used for the first demonstration. The neckband replaces a PC, managing to carry out AR and VR activities.

The 5G neckband can be used with any VR headset, regardless of the manufacturer. The 5G neckband is the first project developed and launched by Motorola 312 Labs, a research and development team born just a year ago and focused on solutions for the connectivity and virtual reality sector. The purpose of the Motorola team was to create a way to integrate actions that were difficult to fit into a VR headset, which should remain a light and comfortable accessory to wear quickly.

The Characteristics Of Motorola’s Neckband 5G

The 5G neckband weighs 100 grams, an integrated 5,000 mAh battery, and a touchpad to be able to control its functions directly. It features a Snapdragon 8 Gen 1, Qualcomm’s top SoC in high-end smartphones with an Android operating system. In addition to the technical specifications, sensors for the GPS, the barometer, the accelerometer, and the gyroscope should also be noted. There are also stereo speakers on the back of the device.

In addition, the presence of antennas ensures good connectivity to 5G, also helped by an additional module on the back of the accessory that allows you to better connect to the mobile network. Motorola’s strategic reasoning for entering into such a partnership with Lenovo is to prove the future of its smartphone offerings with AR. Indeed, the rise of 5G is paving the way for greater adoption of VR/AR wearables. So, by partnering with Lenovo’s extensive expertise in real devices, Motorola’s smartphones will be ready for the upcoming boom in the smartphone-related AR market.

Lenovo’s partnership with Motorola for a new augmented reality headset named “Ironman” signals that it’s the next offering in Lenovo’s Think Reality reality portfolio. Its price would be comparable to that of Microsoft’s Hololens 2, and it would be aimed at companies that work in the field. In addition, this partnership with Motorola prepares for the rise of AR in smartphones and the potential market shares that will result from it. It will be interesting to see the full Project Ironman spec sheet and other details on the upcoming augmented reality headset.