HomeTECHNOLOGYChallenges On The Road To Network As A Service
TECHNOLOGY

Challenges On The Road To Network As A Service 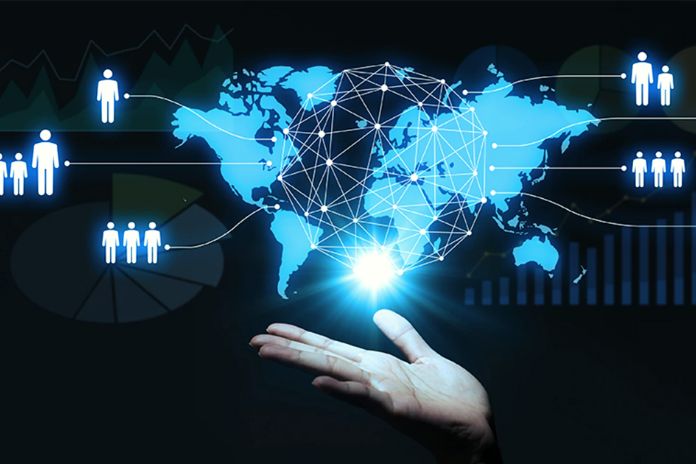 While NaaS (Network as a Service) is synonymous with flexibility, rapid provisioning, and predictable costs, it still has to solve the problem of vendor lock-in and service level. Offers as a service have been on the market for more than 15 years, and their origins go back several decades. Since then, these offerings as a service have continued to expand to encompass the corporate Network. NaaS (Network as a Service) allows enterprises to outsource Layer 4 through Layer 7 network layer functionality, including Software-Defined WAN (SD-WAN) and Application Delivery Controller (ADC). ), not to mention the layers Layer 1 to Layer 3, which include switches and routers.

Full adoption of NaaS is still in its infancy, as most enterprise network functions require physical hardware to transport data to and from endpoints. Endpoint and the data center or the Internet. But delivering these functions as a service is a challenge in itself. Layer 4 through 7 parts are already available in a cloud delivery model. Over the next five years, as vendors offer hybrid offerings that include software, cloud automation, and the ability to manage hardware on-premises, IT teams will increasingly adopt NaaS. These services will be sold by subscription and in “pay-as-you-go” mode, so that networking will no longer be considered an investment cost but an operational cost. With centralized management, these services will make adding and removing network and security features easy. They will also allow companies to outsource network operations to suppliers.

Currently, NaaS is best suited for businesses that have moved to lean IT and need to provide network support for home and branch locations. Overlay network services that can be enabled and delivered in the cloud with minimal or no on-premises hardware management are available. These services include WiFi control; SD-WAN; secure work-from-home networking and remote access; ADC Application Delivery Controllers; security, including firewalls, protection against DDOS attacks and web security gateways; management, orchestration, and network automation or MANO (Management, orchestration, and Network); access and control of multi-cloud networks.

NaaS has many advantages over other as-a-service offerings, including tremendous flexibility. It enables rapid provisioning of new sites and services but also provides the elasticity to scale capacity up and down as demand changes. Network-as-a-Service also allows you to add and remove network services quickly. As with SaaS (Software as a Service) and IaaS (Infrastructure as a Service), the underlying NaaS software can regularly update the latest and most excellent versions. Secure and, as it is optimized for the cloud, its management is driven by artificial intelligence to guarantee uptime and help with problem-solving. And makes it possible to move significant Capex to Opex and, therefore, to outsource all or part of the resources necessary for networking a given location or a category of users, such as remote workers.

Pay Attention To The Quality Of Service

NaaS has its problems. For medium and large enterprises that have made significant investments in the network security infrastructure of their data centers, branch offices, campuses, and remote sites, migrating to NaaS will take time and effort. Multi-vendor environments will further complicate the situation. Because NaaS requires fast, low-latency internet services, any interruption in WAN connectivity can seriously degrade or disable business network operations. Because this service is relatively new, NaaS pricing is still uncertain, so business leaders may find that annual operating costs are higher than initially budgeted.

Before opting for NaaS, enterprise customers need to know if they can easily customize the offer according to their individual needs and if they can quickly adapt the services to their changing needs. Additionally, they will want to address several important issues, particularly service-level agreements. These SLAs should predict what happens when the Network is down or degraded and how quickly full service will be restored. In the event of a problem, corporate clients should specify compensation for lost revenue, poor customer service, and lost employee productivity. Because they have outsourced part of their networks, NaaS customers also need to consider what they will do after their contract. These companies won’t own their networks in the traditional sense, so if they want to switch providers, the switchover process could become complicated, as could contract negotiations.

And can be ideal for companies that have recently had to ask their employees to work from home or those that have started new branches, but this type of service is only suitable for some. Migrating a large enterprise campus or data center network to NaaS will take much work. NaaS vendors likely need help supporting multi-vendor networks, which could lock in companies that want to commit to and fully. Adopting NaaS means moving away from the current business model, where highly skilled in-house network engineers can leverage and understand the complexity of all network hardware. Beyond the impact of NaaS on enterprise networks, this type of service will have a significant effect on the structure of the networking industry, especially on distribution partners who sell hardware, software, and services.

Vendors have a lot of work to do to educate these partners and get them on board with their NaaS offerings. In particular, they will have to know how to answer two questions: how to continue to provide value-added services and how easy to customize NaaS offers. Widespread adoption of NaaS will be slow over the next five to ten years. Right now, brand-new sites, temporary sites, and small branches are the best candidates for adoption. NaaS offerings will also be attractive to remote, home, and mobile worker networks that need secure and reliable application performance. On the other hand, corporate networks that need to carry high-speed traffic on-premises will be more challenging to deliver as a service.