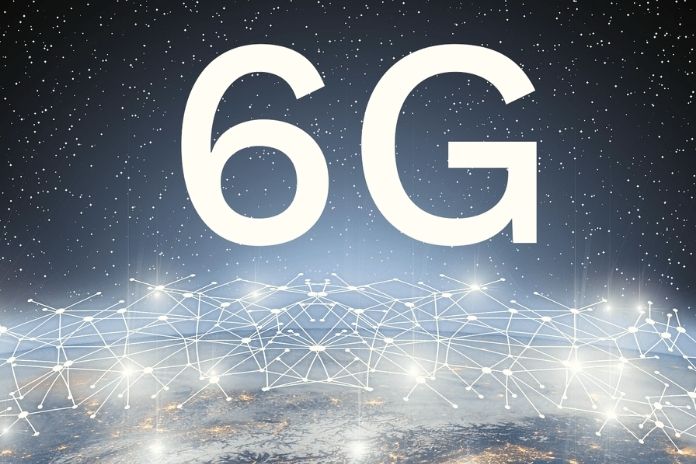 A group of researchers from the University of Osaka has devised a receiver that allows Terahertz waves to send data. The first step of 6G? As 5G is just taking its first steps into the “real world,” scientists and engineers around the world are already studying the technologies that could be used for 6G. In particular, several research groups are committed to discovering new methodologies to make the most of the radio spectrum frequencies.

Only in this way, in fact, will it be possible to send a greater amount of data than the current one and exceed the speed limit, which is already high, of 5G. Thanks to the latest discoveries, the 6G connection could reach a maximum speed of 30 Gigabits per second, against the 10 Gigabits of 5G, using Terahertz waves. Researchers from the University of Osaka, Japan, have published a paper explaining how to exploit this type of wave for commercial telecommunications.

Until now, although the potential of Terahertz waves has been well known for years, no one has yet found a way to exploit them to transmit data. The discovery of the Japanese researchers, therefore, opens the door to new applications and new technologies that could in the future fall within the standard of the 6G connection.

To understand the importance of the discovery made by the researchers of the Japanese University, we must first understand what THz waves are and why they are so difficult to exploit. Terahertz waves are electromagnetic waves very close to microwaves and infrared rays and share their good bandwidth (i.e., data transmission capacity) and the ease with which these emissions are absorbed by our atmosphere, which greatly limits their utility as vectors for the transmission of information.

In 2017 the CNR (the Italian National Research Council) presented a Terahertz laser defining this type of wave with ” a little wave, a little laser. ” These waves easily penetrate clothing, plastics, and many other materials and are considered the ” X-rays of the future ” for medical diagnostics. But how to use them for telecommunications? The Osaka researchers answered: via a “tunneling resonant diode” (RTD).

Terahertz waves have frequencies too fast to be adequately managed by conventional electronics. Both oscillators (i.e., transmitters) and Terahertz wave receivers have been characterized by poor emission and reception efficiency. This is also because the ” thermal noise ” normally present in the environment “obscures” the signal received by the detector.

Thermal noise is a common form of signal degradation, which depends on the temperature and which, depending on the operating frequencies, can be more or less intelligent. In the case of the Terahertz frequency band, this disturbance effect is noticeably present and occurs already at room temperature.

Now, however, Osaka University researchers have invented a new receiver that not only overcomes these hurdles but has also set the record for the fastest error-free real-time transmission speed. Using RTD diodes, they discovered a specific “resonant” voltage in which the current “drops” significantly as the voltage increases.

RTD diodes’ unique “non-linear” behavior can be exploited to achieve effective signal amplification by allowing scientists to synchronize emitter and receiver Terahertz signals precisely, thus “purifying” the data transmitted by the carrier wave from the effect due to thermal noise. In this way, the sensitivity of the RTD diode receiver is 10 thousand times higher than that of a normal receiver, and the use of THz waves for telecommunications becomes feasible.

The test that demonstrated the real functioning of the system invented by the Japanese researchers has a decidedly ” consumer ” flavor: to verify that the Terahertz receiver and transmitter worked properly, a 4K resolution film was streamed. The transmission speed hit 30 gigabits per second (corresponding to about 3.7 gigabytes), and no data transfer errors were detected.

According to the researchers, there is room for improvement. It would be possible to reach the transmission speed of 56 Gigabits per second (about 7 gigabytes) with an acceptable amount of errors.

Undoubtedly this discovery opens the doors to a new generation of cellular networks, the 6G networks. But to think that the use of Terahertz waves is limited only to telecommunications is a serious mistake: if well ” managed, “in fact, these waves can have many other benefits.

As already mentioned, for example, they can be used for medical diagnostics. But also to build new generation radars for the non-destructive inspection of objects and buildings and many other purposes in the fields of materials science, medicine, chemistry, biology, astronomical physics.