5G Network: What It Is, How It Works? 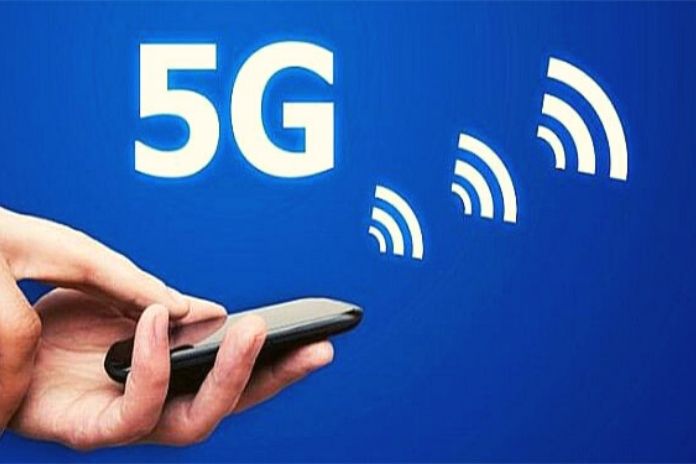 Smart cities, smart agri foods, self-driving vehicles: the digital revolution that has already begun in recent years will see its definitive consecration from 2022 with the advent of the new mobile standard, which ensures super-fast, low-latency and high-density connections. From drones to robots to self-driving tractors, up to the most technologically advanced applications for smart cities.

Considered separately, the Internet of Things and 5G are two innovations – each in their respective field of application – potentially revolutionary: on the one hand, the connection of objects to the network, the starting point for the smart home, the smart city, the industry. 4.0, and the implementation of digital transformation in the most diverse areas of our daily life. On the other hand, the new standard for mobile connections will make it possible to achieve performances never achieved before.

However, the innovative reach of these two technologies increases exponentially if they are considered together, integrated into a single ecosystem that will enable new services and new applications, both in the business and end-users. With this service, we want to open a window on the correlation between 5G and the Internet of Things, highlighting precisely the sectors and applications in which integration between the two technologies can best unfold its potential.

What Is The 5G Network?

The term 5G stands for “fifth generation” and defines particularly fast and powerful mobile phone and internet connection technologies. According to the NGMN Alliance (association of telephone operators that come together to discuss solutions and the future of wireless internet networks), a 5G (fifth generation) network is a network that travels at many tens of megabits per second, 1 gigabit per second simultaneously for everyone.

Workers on the same office floor, many simultaneous connections, excellent spectral efficiency, better coverage than current networks, better signal efficiency, and reduced latency compared to LTE. The advent of 5G, expected for 2022, will be an epochal turning point, the one that will allow the transition to a real “gigabit society” and that will enable the creation of smart cities, the various forms of smart homes and cars and vehicles to autonomous driving, to name a few.

This is because it will allow very high-speed mobile connections and latency times – those that elapse between the issuing and receiving of a command – significantly lower than those offered by the mobile networks available today. Any device connected in 5G will be able to count on a speed of 100 megabits per second in download and 50 megabits per second in upload, with a maximum latency of 4 milliseconds, against 20 of the LTE, which could further be increased to 1 millisecond.

The 5G is the “fifth generation” of standards for connections from mobile devices, for which the first trials are already underway on a global scale by all the major players of TLC, including telcos, network operators and service providers, often allies to give life to services and applications that make the most of the potential of the new standard, offering their customers a simplified user experience together with performances and services never before realized.

The commercial opportunities enabled by these revolutions are expected to be particularly “greedy” for operators, who are now investing heavily to be ready for the 2022 appointment: 5G and its applications in the industrial field will allow telephony operators, in 2026, to increase their revenues by a figure between 204 and 619 billion dollars, corresponding to growth between + 12% and +36% compared to the 1.7 trillion dollars already estimated for that period.

The Importance Of 5G For Business Companies And Consumers

The fields of application destined to be revolutionized by the new standard are the most disparate. Still, they will have an important impact on the diffusion of the Internet of Things in everyday life to meet the needs of businesses, individuals and institutions. Ten sectors that various studies indicate as those in which 5G will have a decidedly strong impact for the improvement of services, both from an economic and a social point of view: energy and utilities, manufacturing, public safety, health, public transport, media and entertainment, automotive, financial services, retail and agriculture.

Why 5G Is Important For The Development Of The IoT

The 5G is the “complete” ecosystem ideal that will allow the development of the ‘Internet of Things. The new mobile network will allow the connection of a much higher number of devices than is possible today, with much higher performance that will allow easier and safer use, even on the move, of drones and robots. Furthermore, thanks to the new standard, devices will be able to connect to the Internet without using wifi, therefore in the absence of a fixed-line: a particularly important advantage in this case. For example, self-driving cars or all situations of digital areas.

Splits are difficult to cover or possibly uncovered by the fixed ultra-broadband service. It is, therefore, a technology that will be able, on the one hand, to complement those already existing, as in the case of the smart home, where, unless there is a digital divide, a fixed connection is present. On the other hand, it will be able to extend the use of the Internet of things in fields where until now it could have been more difficult to find a solution, such as in the automotive sector or the smart agrifood, optimizing the performance that today can only be obtained using LTE or wifi.

The connection of objects in the city, from intelligent traffic lights to parking management, is immediately transformed into better services for citizens and the population, whether they are residents or visitors, in a vision of a smart city that starts from communication networks and includes the Narrow Band IoT in addition to 5G. However, in addition to the information that comes from the sensors installed in the city, thanks to 5G, even “smart citizens” become sensors that contribute to the collection of information that is useful to everyone, and thanks to this, they can receive ad hoc services in exchange, designed for their needs, of each.

As for the use of the smart city, 5G, it will be essential to fully enjoy the naturalistic and architectural beauties of the area, enabling an experience of augmented reality and virtual reality capable of decisively enhancing the local culture and artistic heritage.

Compared to existing technologies to monitor the levels of atmospheric and acoustic pollution, noise levels and atmospheric values, or to mount areas where large events take place, 5G can significantly improve the quality of performance offered by sensors connected in 4G, with a higher transmission speed and a longer battery life, up to ten years, resulting in the so-called “Smart urban communication infrastructure” capable of uniformly covering the city. Thanks to 5G, it will also be possible to install sensors on mobile vehicles, such as taxis or buses, and for the safety of buildings to monitor them in cases of accidents or earthquakes.

Moving on to services for citizens, IoT combined with 5G will allow the implementation of smart mobility in an increasingly widespread way, for example, at the level of smart parking, thus obtaining important results for traffic and mobility management, both in the field of public transport and private transport, using vehicle-to-vehicle communications, one of the new possibilities offered by 5G. As for parking sensors, they will drastically reduce the time spent searching for a parking space.

5G Is An Enabling Technology

In the context of smart agriculture, 5G can be considered an enabling technology, like the Internet of Things. Through the use of remotely controlled drones, for example, it may be possible to spread pesticides in a targeted manner according to the needs of individual plants or even pollinate the plants in areas where the decline in the bee population is most marked. Thanks to the extremely low latency and the density of connections made possible by the new standard, with 5G, it will be possible to fly drones in maximum safety and be able to have real-time photos and footage from crops and identify any critical issues.