Why Some Websites Block The VPN 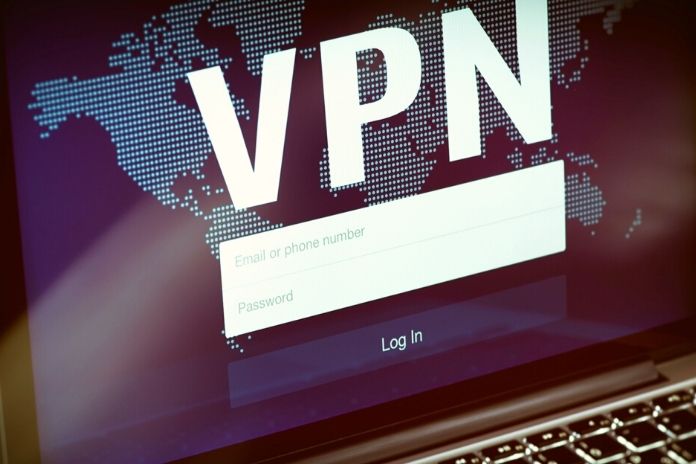 It’s not always possible to use a VPN to browse the Internet – in many cases. The private network is blocked for security reasons. Here’s why? More and more online users are choosing to surf the Internet using a virtual private network or VPN. The reason is simple: VPNs mask the user’s IP address while preserving their privacy and security on the web. However, it may happen that some websites do not allow those who use a VPN to use their services, blocking access to the site.

For example, many sites that offer content such as streaming TV series and movies, from Netflix to Amazon’s Prime Video, block users from browsing through a VPN. But why would a reputable website block access from a VPN installed for user safety? To find the answer, we need to brush up on some basic concepts of what a VPN is and how these sites block it. Then, it will be straightforward to understand why they do it.

What Is A VPN, And How It Works

The term VPN stands for Virtual Private Network, i.e., virtual private network, and indicates a beneficial technology to ” screen ” your web browsing by preventing the sites you visit from collecting information about you. When your router (or your mobile device) connects to the network, it receives an IP address from your Internet provider that identifies it throughout the browsing session. This means that all the sites you visit will know that, at that moment, there is an incoming visit from a  specific IP address.

However, when you use a VPN, your actual IP address is not visible: it is hidden and “channeled” into a virtual network with its IP addresses. Not even the Internet provider can locate the original one at this point. You can only see the server’s IP address, which, managing the virtual network, masks your actual address. A server that could also be located on the other side of the world. Another advantage of VPNs is the security in the transmission of data, which is encrypted, guaranteeing the user’s privacy.

How To Block A VPN

Through the IP address,  the sites can easily trace the geographical position of your router or smartphone and other important information to send you tailored advertising or, in any case, to manage other individualized features (for example, “remembering” the point where you left previous navigation and automatically return you to the same position).

Most VPN  uses IP addresses based on the old IPv4 protocol, which allows you to generate only a few masked IP addresses at a time. So it’s no wonder that multiple users of the same VPN service end up browsing simultaneously using the same IP address. And that this happens for many months or even years. Through services such as IPinfo, sites can recognize and block IP addresses used by multiple users and, consequently,  block your VPN. Another method to achieve the same result is to stop the network port used by the VPN.

Most of the software that manages virtual private networks uses the 1194 OpenVPN port. Therefore they are easy to recognize and block. Finally, the deep-packet inspection technique allows websites to identify the encryption signature used by the VPN  and thus, once again, stop the private network.

VPN: Why Sites Block Them

Not only do streaming sites block access to anyone connecting from a VPN, but sites that offer different types of geolocation-based services. The reasons why this happens are various and often justified. One of the causes concerns the advertisements and marketing of companies. When you visit a website from a VPN, the information relating to the IP address about the user communicated to the site is misleading.

It does not allow profiling, which is necessary to serve advertisements. in line with the interests or at least with the user’s location. Then there is the issue of copyright and streaming. Those connecting from Italy, but using a VPN server that displays an IP address from another country, may access content that is only reserved for certain countries due to specific distribution agreements. This would be a problem for the streaming platform, which will then try to block the user whose geographical area it cannot establish.

In other cases, the blocking of the VPN takes place to protect the site from scams and spam: this happens above all when the user chooses a VPN that is considered unreliable and whose IP addresses have a “bad reputation,” for example, because IP addresses are often reused previously used for illegal purposes (and therefore reported as dangerous). Especially in the latter case, the blocking of the site is justified by security issues.

Think of a user who connects from a public Wi-Fi network and misuses it, for example, to violate copyright by downloading movies illegally, or even worse, to spread viruses and malware. If another user subsequently connects to the Internet using the same IP address (“recycled” by the VPN), the second user will likely be blocked.

What To Do If The VPN Blocks Access To The Site

If using a VPN blocks access to a website that offers a needed service, users can adopt several solutions. The first and simplest is to temporarily disable the VPN service so that you can log in with your actual IP address and avoid getting blocked. Another possibility is using a different browser than the one usually used, but above all, avoid surfing the net with a TOR browser.

Although considered safer for the user’s privacy, this software to surf the net uses the Onion Routing protocol that in many cases is blocked like a VPN deemed unreliable. Otherwise, you can use a secure paid VPN, which hardly offers its users IP addresses previously used for malicious purposes (the payment data would allow tracing the criminal’s identity) and which would then be blocked by websites. Finally, you can check whether the firewall service on your computer has an integrated VPN, to be used to browse safely and without the danger of being blocked.