HomeTECHNOLOGYWhat DAOs Are And How They Work
TECHNOLOGY

What DAOs Are And How They Work 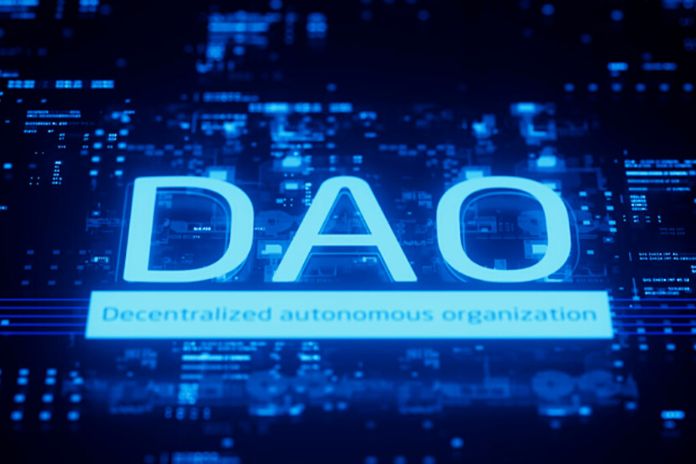 In the world of blockchain, we hear more and more often about DAO: what they are, how they work and what are their advantages and disadvantages. More and more often, those in the blockchain sector hear about DAO ( Decentralized Autonomous Organization), decentralized autonomous organizations based on the possibility of regulating transactions through smart contracts.

These organizations, therefore, operate following the rules imposed by the “smart contract” code, without the need for an organization to manage or verify what happens at a higher level. Precisely for this reason, they are de facto decentralized because decisions and actions depend only on a protocol defined by the entire blockchain community. Now let’s see what DAOs are, what the advantages are and what the disadvantages are.

The term DAO, from the English Decentralized Autonomous Organization, indicates for-profit and non-profit organizations that use blockchain technology to operate autonomously and, above all, decentralized. As for autonomy, this is achieved through smart contracts, a code programmed on a blockchain, such as Ethereum, which contains all the terms and conditions of the agreement between two parties. Smart contracts are then used to create software, applications or tokens that, based on the blockchain, are safe, reliable and accessible without requiring human intervention.

The other fundamental aspect is decentralization, i.e. the absence of a hierarchy or a control body, which is replaced by coordination and voting mechanisms enabled by blockchain technology. DAO organizations usually issue native fungible tokens that give their owners certain rights, such as the right to vote and allow their use. Most of these organizations were born on the Ethereum blockchain since the co-founder Vitalik Buterin 2014) introduced them with the name DAC, or Decentralized Autonomous Corporations. Today, several DAOs exploit other networks, such as Polkadot, Cosmos, EOS and Cardano.

Nowadays, decentralized autonomous organizations are establishing themselves as an established reality after the first moment in which, given the rapid spread, they could appear like a fashion. This is for a critical reason that has revolutionized the way of thinking about a company, namely decision-making democracy. Let’s clarify one point. Even large companies listed on the stock exchange, through the shares issued on the market, offer the holders of the securities the possibility of voting on the board of directors.

Still, it is certainly not an easy mechanism. First, the company in question must land on the stock market, a practice that is not always feasible and somewhat risky if not well planned. Second, the shares are usually sold in large and expensive packages, which limits the entry of small investors who will still be cut off from the tables of essential decisions. In DAOs, this problem is limited or excluded as the decision-making power passes through the issued tokens. Therefore, the tokens referred to are cryptocurrencies, which can be purchased in many ways.

Usually, the easiest way is through one of the many exchanges, where it is possible to buy even minimal quantities of these cryptocurrencies, starting from 1 euro. Or even less. The strength of the vote is directly proportional to the number of tokens owned. The vote passes from the community: the whole community, or a part of it, makes a proposal published and passed to the scrutiny of those who have a share. The community with the right to vote will thus be able to express itself in this regard, deciding which changes to make to the protocol of the smart contract in question or whether to archive the response.

Advantages And Disadvantages Of DAOs

The main advantages of DAOs concern precisely those that are the very characteristics of the blockchain. On the one hand, they simplify the establishment and management of companies, thanks to the use of smart contracts, which replace notarial deeds and registrations. Accessibility is also one of the points in favor: anyone with a basic knowledge of the world of cryptocurrencies and available funds can buy tokens and then buy shares of a given DAO, while in traditional organizations, the members of a board of directors often must meet selection criteria.

Finally, transparency: all the activities of the DAO are listed in the decentralized register and visible to every member of the organization, while in a traditional company, the shareholders can only view the aggregated financial statements. There are also disadvantages, such as the slowness of the decision-making process. Taking thousands or tens of thousands of people who propose ideas, screened by a vote that lasts even for days and requires a quorum (often but not always) to pass, takes longer than a classic board of directors. A condition that does not respond to the decision-making speed of the markets is the highly volatile one of cryptocurrencies.

Furthermore, you risk making decisions that are not of quality due to the composition of the community. The free purchase of tokens for the DAO implies that the decision-making process is also faced by members who may not be adequately informed or aware of the decisions’ implications. Then there is the question of legal recognition: even if smart contracts regulate the creation of decentralized autonomous organizations, in the event of problems or appeals, there is no legislation that can regulate the sector, and uncertainty remains about future regulations.