HomeGADGETSWearable: What Are They, And Its Applications
GADGETS

Wearable: What Are They, And Its Applications 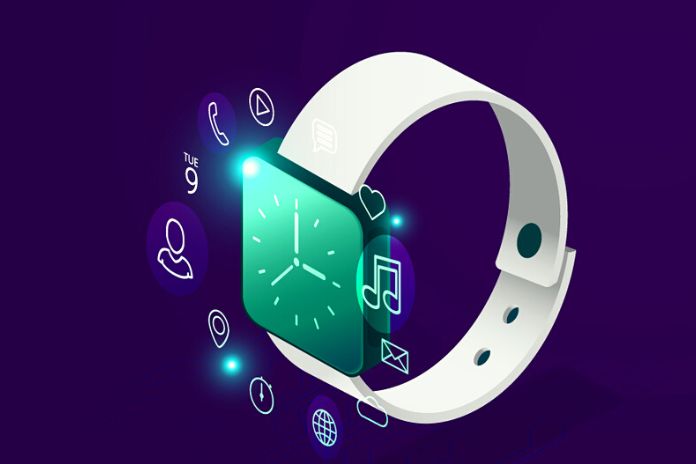 What are wearable devices, and how do they work? The future development of new wearable technologies between entertainment, physical activity and healthcare. Wearable devices are all that category of wearable electronic devices, including smartwatches, smart bands, fitness trackers, smart glasses, hearable and smart rings. To work correctly, they must be synchronized with the smartphone via Bluetooth or Wi-Fi to perform a wide range of functions: from simple notifications to more specific fitness or health-related use.

Among the most common, at the moment, we find smartwatches, hi-tech watches with hundreds of functions; smart bands, smart bracelets that communicate with the user through screens, light pulses and vibrations; fitness trackers, which are specifically designed to monitor physical parameters during loosening; the wearables, better known as smart earphones; smart ring, smart rings designed as authentication devices or for NFC technology. Among the technologies still under development, we find smart glasses, which are specifically designed for the use of virtual and augmented reality applications.

How Does A Wearable Device Work?

Using these devices is relatively simple; after wearing them, you need to install the proprietary App on your smartphone. Then you need to create your account and start the first configuration, setting the functions to be shown on the wearable device and managing notifications. Once these simple configurations have been completed, all that remains is to test the device in the field and verify that everything is working correctly. A wearable device with cutting-edge technology and ease of use; a device perfectly integrated with a smartphone to always keep at hand. An incredibly intuitive service, also designed for those unfamiliar with technology or who have never had to deal with such an instrument.

Wearable accessories have a wide range of functions designed to “solve” users’ problems. Among the most common, we find notifications on almost all these smart devices. Their purpose is to warn the user of any incoming alert without the need to look at the smartphone screen. In the case of smartwatches, for example, the notification will come via vibration and an icon on the screen; in the case of more “simple” accessories such as smart bands, the user will be notified by vibration. The main functions of these devices include notifications that can be consulted without turning on the phone. Among the other most common functions are tracking vital signs and physical activities.

This category includes the pedometer, based on the movements of the gyroscope; the detection of a heartbeat, blood saturation and blood pressure through the appropriate sensor in contact with the skin; sleep quality monitoring, distinguishing between wakefulness, mild sleep and deep sleep. In the case of fitness trackers or the most performing smartwatches, many specific applications for monitoring physical activity, specifically for athletes. In addition, some devices are equipped with NFC (Near field communication) sensors; through the specific wallet application on the smartphone, they allow you to make payments by credit card without having to take it out of the wallet physically. It will be sufficient to bring the wearable device to the payment terminal and carry out the transaction comfortably.

NFC technology allows you to make wireless payments via a wearable device without needing a credit card. As for smart glasses, these have the function of “increasing” what we see by showing information, data and everything related to the surrounding environment on the screen. Also, in this case, it is possible to see notifications and applications in real time. However, the discourse on virtual and augmented reality is under development, with very few devices and applications still somewhat limited. In terms of hearables, however, these smart earphones are not only used to listen to music but also allow you to answer calls, isolate yourself from external noise and, with some specific applications, translate any foreign language in real-time. Also, in this case, a feature is still under development but with excellent prospects for the future.

Wearable Devices In The Medical Field, A New Way Of Imagining Healthcare

While wearable devices are mainly geared towards sports and entertainment, on the other hand, the incredible developments in the medical field cannot be overlooked. Wearing devices capable of monitoring the user’s health has aroused the interest of many brands who are rethinking their products also as medical instruments. And if these accessories can monitor and store the physical-clinical parameters, just like a personal ad database, we could witness a revolution in the current concept of primary medicine. Among these devices’ their main function is controlling basic vital signs such as pressure, heart rate, blood saturation and, more recently, diabetes.

In some cases, they even allow you to perform an electrocardiogram in real time. Not just entertainment, healthcare can also exploit the potential of wearable devices, preventing health problems and reducing the impact on the healthcare system. In the case of specific pathologies, constant data collection (continuously sent to the general practitioner) could have a significant impact both in terms of prevention and in terms of clinical studies; by doing so, not only could problems or sudden illnesses be avoided but also targeted and adaptable treatments could be developed at any time. This, of course, has a double advantage: it reduces human errors in transcription or parameter detection; simplifies and speeds up health checks, potentially reducing the cost to the health system.

Among the studies in progress in wearable devices are those concerning sectors such as artificial intelligence, big data, the internet of things, ultrafast networks, and augmented reality. These specific programs, combined with the wearable devices above, could give life to a new idea of ​​health that, from prevention, could lead to predictivity, reaching even the early diagnosis of Parkinson’s disease, multiple sclerosis, epilepsy or Alzheimer’s. Or, much more simply, anticipating simpler pathologies such as those that derive from a wrong posture, a sedentary lifestyle, or a bad diet. In short, the world of intelligent devices is not limited to just entertainment. On the contrary, it could improve people’s lives in a few years. Among the most exciting projects in the medical-health sector are those that concern the early diagnosis of diseases such as Parkinson’s disease, multiple sclerosis, epilepsy and Alzheimer’s.

Among the medical solutions in the field of wearable devices are those concerning safety at work. The areas of development mainly concern the industrial sectors where workers are in contact with dangerous machinery or potentially harmful substances; in this specific case, relying on smart devices could save people’s lives. The same goes for those suffering from chronic diseases that could affect work; thanks to these tools, it would be possible to monitor the state of well-being of the most fragile subjects and take better care of them. In addition to saving lives, using these devices could also help companies provide better working conditions, increasing employee satisfaction and their need for safety.

There are thousands of wearable devices on the market designed to perform the most particular tasks. Alongside the more “common” ones, we find a series of alternative accessories imagined for some specific sectors and still in an experimental phase. These include intelligent clothes capable of self-regulating the wearer’s body temperature; or gloves designed to interact with the smartphone from a distance. Among the most particular, there is undoubtedly a unique electronic band designed to improve users’ sleep or even to transmit impulses to the brain to reduce appetite and lose weight. Also, in this case, we are talking about prototypes, which are still attracting the attention of consumers and big brands.

From solutions for futuristic clothing to “smart socks” for TV series, wearable devices are conquering ever-larger markets. Among the more extravagant accessories are earphones worn like a scarf and designed to recreate the enveloping sound of a surround system—a way not to give up an impeccable sound performance even outside the home. Last but not least, the smart socks proposed by Netflix detect when a user falls asleep by automatically pausing the content being played. That of wearable devices is a world to be discovered with dozens and dozens of (often revolutionary) ideas that could change people’s lives forever.

Ideas For The Future

That these wearable devices represent a turning point for future technologies is inevitable, and some more than others will surely come to monopolize the market. At its release, the most popular wearable device was the “simple” Mi Band from Xiaomi, with its basic design and its practical and intuitive functions; Today, much more is sought, and users are asking for increasingly sophisticated devices with advanced functions, such as the revolutionary Apple Watch with its incredible potential. Among the technologies to be kept under control are certainly those related to augmented reality and virtual reality, which, at the moment, represent the maximum expression in the field of wearable devices.

Smartglasses will undoubtedly be one of the future trends in the field of wearable devices; virtual and augmented reality have never been so affordable for everyone. With the more significant development of the Metaverse and all the technologies to “enhance” human perception, such tools will become the order of the day, causing the long-awaited “collapse” of prices to allow a spread like wildfire. Still, on the subject of parallel universes, scholars are working on a suit capable of transmitting the sensations deriving from digital impulses to the body and brain. So living in the Metaverse and moving through it could become a more authentic experience than you think. The same goes for remote communication, which would no longer be just verbal but could also become a 360 ° sensory experience.

Also Read: Canceling A Transfer In PayPal: How Does It Work?