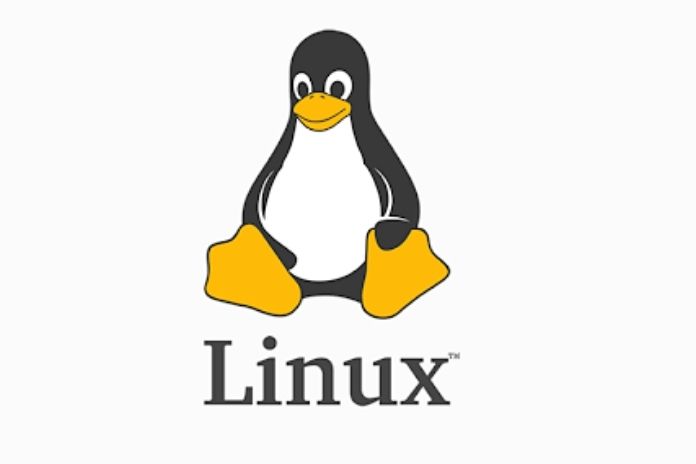 For free: Most finished PCs work with Windows installed. Consumers pay for this indirectly without noticing – if you put together hardware components in the web configurator, you will see the Windows price listed. However, the costs are only limited to a “Pro Linux” and “Contra Windows” argument: after all, Microsoft distributes Windows 10 to existing customers free of charge. The prerequisite for a free upgrade to the 10 OS is a license for Windows 7 or higher – most users meet this requirement.

If you don’t have a right and don’t want to purchase one, you save with Linux: its distributions are usually free. At most, some distributions for companies ask for cash. These are exceptions. The providers earn their money with the support that private users do not need. Depending on the hardware equipment, a specific Linux makes good use of the resources; Ubuntu is suitable for mid-range and high-end PCs (the appropriate drivers are required). Large IT companies also use Linux distributions, some variants tailored to their requirements for data centers.

Goodbye Windows paternalism: Some users see paternalism in how Microsoft and Windows treat them. Whether allegedly forced updates from Windows 7 / 8.1 to Windows 10 or alleged Windows 10 espionage – in principle, Ubuntu doesn’t annoy them with it. For Windows 7 users, Ubuntu is suitable as a PC savior: At the beginning of 2021, support for the old-fashioned operating system expired; it has dropped out of Extended Support and is therefore no longer receiving any security updates. Security is now stagnating, similar to Windows XP / Vista.

Security-conscious people have the choice: Free upgrade to Windows 10 (the high frequency of the significant semi-annual updates could be annoying, permanent free security updates if the latest major update is installed), upgrade to Windows 8.1 (license fee; no major update annoyance, Update support end 2023) – or, as an alternative, switching to Linux. First of all, Windows 7 users could install Ubuntu alongside their existing OS, get used to Linux, migrate data and, if they like, remove Windows 7 operating routines. Or Windows 7 users delete the hard drive using the Ubuntu installer and set up Ubuntu as the sole OS.

Especially with the well-known and popular systems, users are right: The probability is high that you will get help on the web and in forums if something goes wrong. It can be assumed that there will be problems in operation; Linux is partly close to Windows in terms of function (at least the well-kept Ubuntu), but not everything can be understood intuitively. The developers are making it easier to use and have defused the “is only for experts” factor. However, the simplifications are an ongoing development goal and never end.

If a Windows user perceives something as complicated, it is not necessarily because Linux is; instead, it is different. Conversely, a Linux user switching to Windows would also work with Microsoft-OS. Some things are unfamiliar and “difficult.” By the way, new Ubuntu releases have only marginally improved Linux handling in recent years – one of the reasons is probably that usability is already going well. The Distrowatch ranking, based on the last twelve months, is as follows – the top 5: MX Linux, Manjaro, Mint, Pop! _OS, endeavors. Ubuntu only tracks in sixth place. Debian comes in 7th place; it is the basis for Ubuntu and other distributions.

Debian is even the grandfather of Linux Mint, based in Ubuntu. A disadvantage of the variety of Linux offers the agony of choice. However, the selection is reduced if you limit yourself to the significant distributions on a closer look. In addition, you will then receive a well-groomed, well-documented system and potentially help in an internet community. An excellent place to go isUbuntu users with the slogan “Asking is Human.” The numerous distributions of Linux certainly do well in terms of security down: More variants mean increased effort to carry out a targeted attack.

Linux ranks ahead of Windows for another reason when it comes to malware protection: There is almost no malware for the system. These exist, but the number of threats is negligible compared to Windows. The countless new Windows malware threats that arise daily do not run on Linux – because nothing can be done with the EXE file format. One danger is phishing, whereby fraudsters falsify known websites to encourage users to enter log-in data. These end up with the criminals – so carelessly surfing the net is not recommended with Linux. However, it is pretty well shielded (Windows seems to have a better arsenal of defense tools, which is also necessary due to the threatening flood of malware).

It is good that browsers like Firefox on Linux have a phishing filter. It blocks dubious sites via URL blocklisting. Routine Windows maintenance work is superfluous: Many users are convinced that under Linux, neither a virus scanner nor defragmentation is necessary. A registry similar to Windows does not exist, so the question of the (in) sense of a registry cleaner does not arise. Instead of NTFS, ext (4) is used as the file system. As a rule, users do not use a data structure optimizer such as Defraggler (from the Windows world), Windows defragmenters would not run anyway, and Linux defragmenters are rare.

Several important Windows programs are available in Linux variants: Firefox, Chrome, Chromium, Opera, LibreOffice, Thunderbird, FileZilla, TeamViewer … Anyone who knows Windows programs does not need to get used to it, the operation is almost identical. With Firefox, for example, there are differences. However, these are marginal; Among other things, you can access the settings in the menu bar under “Edit” (Ubuntu) and not under “Tools” (Windows). However, anyone who is toying with Linux should be eager to explore anyway; especially those who delve deeper into the matter will find even more significant differences.

When it comes to games, Linux is gaining ground. Programs that do not work under the system can be run in the auxiliary software Wine (a recursive acronym, i.e., an abbreviation that contains itself in written form: Wine Is Not An Emulator). Mainly, older Windows applications and earlier games run in Wine and malicious programs. So caution is advised – anyone who tries to make malware compatible with it. This probably rarely happens, but there have been reports about it.

Cloud services previously used under Windows usually work without any problems under Linux. All you need is a browser. In addition to a Windows client to make Dropbox more convenient. Anyone who uses programs known from Windows and the same under Windows (possibly installing them first) imports the files, which are usually created under Windows, into the Linux software counterparts.

If you want to pass the time with games, you are better off with Windows. The game supply situation has improved, not least thanks to the Steam game platform. For Windows, however, there is a much wider choice. Linux feels uncomfortable on the latest hardware: Drivers are missing – not always, but if you get caught, you have to wait for control programs (hopefully soon) to appear, accept restrictions, or use Windows at least. No separately offered drivers may appear at all, then they will find their way into the Linux kernel through their manufacturer.

However, it will take a few months for Ubuntu to take up this if the next Ubuntu major release version contains the updated system kernel. It is lucrative for hardware vendors to work on the kernel by adding drivers. In the future, they will not be entrusted with maintenance themselves, but a programmable community will help. A negatively considered contra Linux point is security. Anyone who carelessly surfs the web because they feel 100 percent secure (not given) could infect the PC. The likelihood of encountering Linux malware is small, but it is there.

Furthermore, malicious programs/exploits that reach the PC via security gaps can spill over to Windows and Linux devices via runtime environments (runtimes) across platforms. Phishing is another danger. Another is accidentally distributing Windows malware (which is ineffective under Linux) to Windows users. Then there is the learning curve: Ubuntu keeps it low. A user still has to get used to it.

It doesn’t matter whether he installs Linux as a Windows replacement (Windows removed in the course of the installation) or sets it up next to his Microsoft OS (in the second case, the Linux boot manager Grub asks when the PC is started about the operating system to be created). You don’t need to keep the disadvantages from Linux / Ubuntu: There is no either/or – if you don’t want to miss Windows, you can use the alternative as an add-on on the same device.