HomeSOFTWARESLaravel: The Advantages Of A Framework Vs. Plain PHP
SOFTWARESTECHNOLOGY

Laravel: The Advantages Of A Framework Vs. Plain PHP 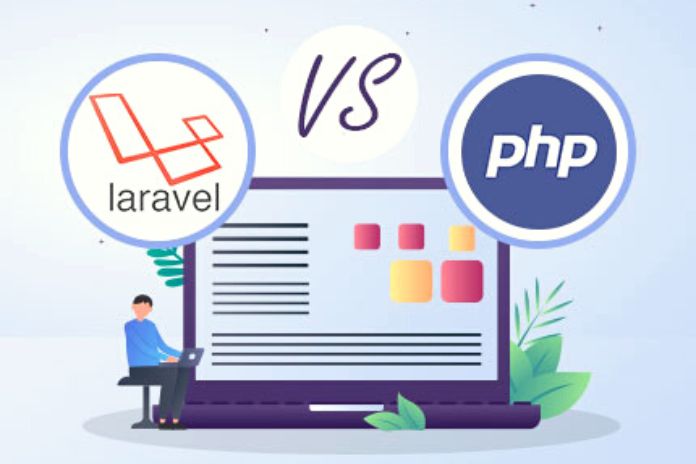 Each new project brings with it important decisions for the programmer. Among these, the choice of the backend technology stack should not be underestimated. Laravel is a framework based on the PHP server-side language. Therefore it maintains all the features and constructs of the language. It also provides several components that can simplify the development of certain pieces of code, such as database integrations, security controls, and dynamic route management.

With both, it is possible to develop web applications, but let’s see in detail the basis of what to make this choice. Laravel is an open-source framework written in PHP: The creator, Taylor Otwell, built it from another framework, Symfony, integrating features such as user authentication. Among the sites that use it, we find Vogue Archive, the online archives of the prestigious fashion magazine, and Laracast, a platform with courses and training materials for programmers.

PHP is an open-source programming language created to bring dynamic pages to life. It is often used to develop web pages, integrating them with HTML codes. Many sites use it, including Facebook and Wikipedia, considering that 80% of websites are managed by PHP code. Laravel and PHP in the basic version, the so-called plain PHP, are solid and reliable options but not suitable for any project without distinction. So let’s see in more detail the characteristics of a framework like Laravel vs. a native language like PHP.

Laravel is based on a model-view-controller (MVC) architecture, making the development process even more complex. The MVC architecture imposes a separation between the business logic, that is, how the application must work, its functional characteristics, and the presentation logic, that is, how the data is shown in the user interface. Thanks to the MVC pattern, it is possible to separate the role of programmers. Backend and frontend developers can thus work on the same project simultaneously.

With PHP, it is possible to employ different frameworks based on the MVC architecture. We naturally have Laravel, CodeIgniter, Ubiquity, CakePHP, Symfony, Zend, and many others. By itself, without additional frameworks, PHP does not offer the benefits of an architectural pattern, such as the separation of business logic and presentation logic. It is, therefore, necessary to write the entire code from scratch using only PHP.

Adaptability And Scalability Of Laravel Vs. Plain PHP

Laravel offers good scalability, which makes it ideal for more complex projects. This is since this framework. It is possible to create layered applications and, therefore, easier to expand. To achieve optimal horizontal scalability with Laravel, it is essential to use a good database and load balancer. As for adaptability, being a framework, the programmer is limited to the features implemented in the framework. It was using PHP. However, modifying or integrating new features is possible by writing the code from scratch or installing existing packages with the composer or other package managers.

PHP is a relatively scalable language, great for smaller-scale applications. For example, using PHP for blogs without complex features can save time. On the other hand, it is not the most suitable choice for projects that require considerable expansions in the future, as it would then be necessary to rewrite the code from scratch unless the initial development has already been thought of in this perspective, thus defining a basic structure that will be possible over time, integrate portions of code called “microservices.”

As far as performance is concerned, applications in Laravel are sometimes considered a bit slow. This could lead to some problems for sites using this framework, for example, in terms of SEO. There are ways to optimize performance, though, as the active Laravel community suggests. One of these is to exploit the cache to load information and data previously stored in memory. This reduces the response time of the application. PHP is generally more agile, with a more straightforward structure and concise code.

Benchmark tests on the latest version, PHP 8, also show a significant improvement in performance over previous versions.  Regarding security, Laravel offers excellent integrated tools, including protection from SQL Injection and XSS attacks, user authentication, and authorization. PHP, on the other hand, doesn’t have any built-in security features. It is up to the developer, therefore, to make sure to add the necessary protection to avoid the application remaining vulnerable to threats. This can be done by writing the code from scratch or by integrating packages and plugins developed by others and made available on platforms such as Github.

Currently, Laravel can tap into four databases: MySQL, SQL, PostgreSQL, and SQLite. Thanks to Eloquent ORM and Fluent Query Builder, managing these databases in Laravel is relatively simple. Creating connections to several databases does not involve particular difficulties with this framework.

Significant databases Supported by PHP include Oracle, IBM-DB2, PostgreSQL, MariaDB, Sybase, and MySQL. The PDO (PHP Data Objects) extension is handy for managing databases in PHP. It allows you to access them through a single interface, thanks to the specific drivers for each type of database. This avoids, for example, having to write long lines of code to switch from one database to another.

Community And Spread of Laravel Vs. Plain PHP

There are over 5.5 million websites using PHP on the server-side, or 79% of the total. Laravel, due to its very nature as a framework based on the PHP language, indeed cannot come close to these numbers. However, its online community is vast, with over 46,000 active users and over 60,000 stars on GitHub. It is not just the international community that takes care of Laravel. There are also some local Facebook groups to discuss and exchange information.

There are over 5.5 million specialized PHP developers. They make up a vast global community with different levels of experience and specializations. This is divided into local groups such as PUG (PHP User Group), which has several branches in cities and regions. Thanks to the vast and active PHP community, conferences and international meetings are periodically organized based on talks by experts in the sector, such as the PHP-day, which attracts thousands of developers and people interested in the industry.

As we have seen, both solutions offer specific benefits. PHP is simple and flexible, perfect for small-scale applications built by writing code from scratch. It is also suitable for sites that require processing numerous images or applications to be scaled through cloud integration. Laravel, however, allows you to create web applications of greater complexity. Thanks to integrated tools and solutions, it has a low to medium learning curve, making it ideal even for junior developers.

Using frameworks such as Laravel or Symfony allows you to focus on the functional part of the application, having already integrated all the more structural elements such as security, data integrity, access management, and routing. Therefore, the vital thing is to be aware of the strengths and choose the right tool for the project in question. We know, moreover, that those who get off to a good start are halfway there.

Also Read: Metaverse: How It Affects The Future Of E-Commerce