Internet Of Things (IoT), What Is It? 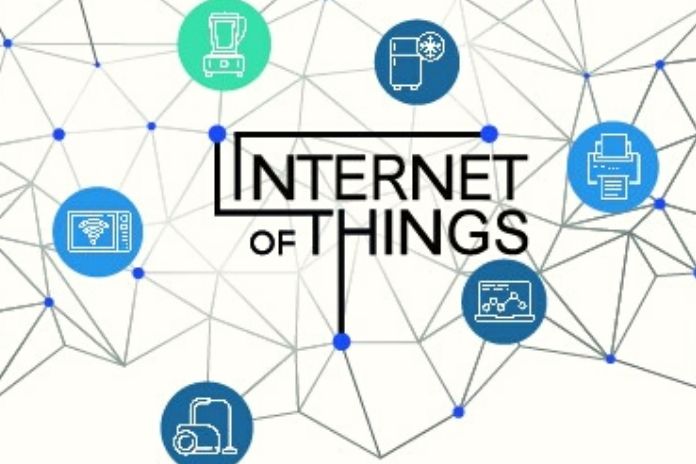 With the Internet of Things (IoT or Internet of Things), we mean the set of internet connections operated by objects and places without the intervention of human operators. In this context, objects can connect to the network, communicate their status and data on their work, such as statistics and more, and access valuable information for their operation in a completely automatic way.

The applications in the field of the Internet of Things are many, and only now are they beginning to be exploited. Objects that connect to the Internet independently can be manipulated to develop the sectors of home automation, transport, logistics, medicine, and many other areas.

How Does The Internet Of Things (IoT) Work?

Everyday objects, industrial machinery, physical locations, and much more can independently connect to the network for many reasons. This interconnection allows things to become intelligent and creates a virtual map, in the network, of the real world. From appliances to cars, many fundamental components are mapped and create a virtual place where they live together, becoming more innovative and more efficient by exchanging information.

In this way, it would be possible to monitor road traffic, advise motorists on the least congested routes, label each package in shipment so that logistics can always keep track of it at a distance, and much more. The technologies used by objects to connect to the network are different.

Connect The Most Disparate Objects To The Network

The latter can be supplied directly by the manufacturer in the form of firmware. Still, commercial software will likely spread more and more to control household appliances, the machinery of various kinds, and manage all sorts of devices in the future. A television, an alarm system, an industrial lathe, and a motorway toll booth are just some examples of “things” in the broad sense that already populate the virtual world of the IoT today.

At home, the connected devices can be controlled through a computer browser, by accessing the home network, or more simply through an app connected remotely directly from the smartphone. Today, through your mobile phone, it is possible to set the home thermostat and see the images of the home security cameras in real-time.

For example, in the future, traffic lights may be equipped with traffic detectors that are activated in queues or delays. This information could be accessible to car navigators, recommending alternative routes and diverting traffic to less-traveled roads. This would reduce traffic jams, improving the quality of life for both motorists and residents of the busiest areas. Reducing travel times would also save fuel, making cities less polluted.

Cars could also receive information on available parking spaces remotely, avoiding unnecessary searches for motorists. Trials in this sense are already active in some cities of the United States. This is just one example of the many functions of the Internet of Things in everyday life. Within the development of home automation, the IoT applications are manifold.

It is possible, for example, that the car of the landlord, upon entering the gate, sends an activation signal to the appliances, turning on the lights in the box and starting the cooking of dinner in the microwave, or that the smartphone alarm, ringing in the morning, you also activate the coffee machine and the toaster for breakfast.

Internet Of Things In The Industrial Field

There are numerous application possibilities also in the industrial and service sectors. The machines could be connected directly to diagnostic devices, reporting any malfunction and receiving instructions for self-repair, where possible. Each object could be monitored at every stage of processing, allowing you to trace the path followed ultimately and any critical issues encountered to improve efficiency.

Already today, in the nascent Industry 4.0, many machines can be controlled remotely. In animal husbandry, the IoT could be used, as is already partly the case, to monitor individual heads of cattle. Signalers affixed to each animal (which in this case works as a “thing”) would send in real-time the statistics on the behavior of the leader, his productivity, his state of health, and so on, automatically adjusting the food intake, the administration of antibiotics or reporting problems that cannot be solved independently to human operators.

Plants can also be connected to the network, for example, with sensors that regulate their needs for water, light, and unique fertilization. The Internet of Things can revolutionize and automate even an area such as agriculture, radically changing how crops are managed. A field managed by intelligent devices would allow the sector to be rationalized entirely, for example, by regulating irrigation based on the real needs of the plants. This would allow significant savings to the 4.0 farm, which would use much less water and benefit the environment since a precious resource such as water would not be wasted.

The devices connected to the network can also guarantee significant energy savings. The objects themselves can determine when to activate and when to deactivate, thus not using electricity unnecessarily. If, for example, the house lights turn off automatically when the owner leaves, there is no longer the possibility of forgetting them on.

The savings, both in energy and economic terms, are even more significant when heating and air conditioning are automated according to the real needs of the residents. Today these are usually served by timed thermostats, which start the heaters at a particular time of day, whether someone is in the house or not. They are already on the market smart thermostats that can be activated remotely via the smartphone. It is easy to imagine that this technology will spread and evolve further in the future.

Even more important may be the energy savings due to the automatic optimization of many industrial processes, not counting the transport sector. If the Internet of Things can optimize routes and reduce traffic and queues, fuel savings can only be significant for individual motorists and especially for transport and logistics companies. To this must be added the considerable savings of a highly polluting sector such as intensive farming.

The Future Of The Internet Of Things

Analysts predict that the Internet of Things will expand in the next few years to conquer almost all areas of daily life, from work to leisure. Numerous IoT applications are currently being studied in the most diverse fields, from animal husbandry to medicine. IoT is also developing in parallel with the use of artificial intelligence.

For example, new systems are being studied that integrate machines for clinical examinations capable of automatically sending the results of the analyzes to databases where artificial intelligence, analyzing large masses of data, can extrapolate a diagnosis and recommend a treatment. Artificial intelligence, big data and are connected at a deep level and will be increasingly so in future applications.

Billions of devices and various objects related to the Internet transmit a vast mass of data that a human mind could not analyze or manage. Artificial intelligence could instead find many new areas of application, for example, by detecting similarities and differences by analyzing millions of medical records, following by example in the medical field, of patients with the same pathology.

From Smart Home To Smart City

Thanks to home automation, the home itself has become increasingly intelligent, thanks to smart devices that can be operated remotely or with automatic operation. These smart appliances are, in most cases, connected to the network and, therefore, to the Internet of Things. From the domestic environment, we have moved on to the smart building. The definition is similar, but the fields of application are very different. If the smart home is aimed at the private customer, the smart building mainly concerns the professional sphere and B2B.

Offices will also become more innovative, and devices connected to the IoT will increasingly work independently and without human intervention. Based on the data provided by the machines used by a worker, the software could independently compile the invoice to pay for the work done. By broadening the point of view even further, we arrive at the smart city, an entire city populated with intelligent objects connected to the network, making autonomous decisions and managing themselves.

In this case, the definition of “things” includes objects such as traffic lights and parking lots, but more generally, all city infrastructures, both those dedicated to traffic management and space management, video surveillance, telecommunications, and so on. Many public administrations are already looking with growing interest at the possibility of making their cities smarter.

Also Read: The IoT Is Helping Digital Twins On Their Way