How To Open And Edit XML Files 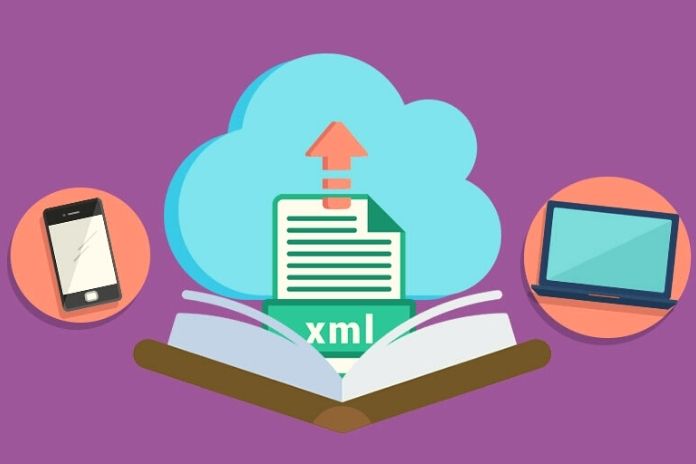 Created by the World Wide Web Consortium to bring order to the Web world, they are standardized files and can be used by all browsers. It has probably happened to you at least once to find, scattered in some folder of your hard disk, at least one file with the .xml extension. Other times you will have seen it inside a compressed folder of some download you made from a Web site.

These are files very often a few Kb large and do not have any associated application to open them. So, if you’ve already seen one, you’ve also wondered how to open a .xml file to see what’s inside and figure out what kind of file it is and, if so, also to edit it. You first need to know what XML language is (also called XML markup).

What Is An XML Language?

The XML language was created by the World Wide Web Consortium (W3C, the consortium that draws up the standards on which websites are based) in the late 1990s to bring order to the network. In fact, at the time, Microsoft and Netscape. They were at war over the dominance of their respective browsers: Windows Internet Explorer and Netscape Navigator. The two companies continually published variants of the HTML language with which the pages to be published on the network are written, trying to exclude each other: the more sites were compatible with the HTML extensions of Internet Explorer, the less they were with those of Netscape Navigator and vice versa.

In fact, for a site, being compatible with both was not easy. To put the order, the W3C launched the XML language: extensible Markup Language, a ” metalanguage ” that had the task of extending the functionality of HTML but in a univocal and standardized way. The mission of XML was to create a universal syntax for encoding documents through unique ” tags ” that define the structure of the document and how the paper must be stored, displayed, and transported.

XML, however, also allows users to create their tags to describe the content, creating a complete set of symbols. This also makes XML very useful for storing data outside the Web, and this language is now used as the basis for many other file formats, including the well-known Microsoft Office DOCX, XLSX, PPTX. In all of these files, the final X stands for XML.

How To Open .Xml Files

In theory, you need a simple Windows Notepad to open a .xml file. Right-click on the file in question and choose ” Open With. ” From the list of applications, then you have to choose Notepad. However, Notepad can open a .xml file but not interpret it, so it will ” throw ” all of its content onto the screen, and you won’t understand much of what you see. Another option is to use a browser: on the other hand, the XML language was created precisely to be read and interpreted by this software.

By opening a .xml file with a browser, the data contained is shown in a well-structured manner, and you will be able to better understand the content of the file. Even better is to use a text editor designed specifically for .xml files, such as Notepad ++. In this case, the file is opened, interpreted correctly, and shown on the screen in a ” convenient ” way, with all the XML syntax highlighted with different colors.

Another option available to open .xml files is to use an online editor for these files. Code Beautify is probably the most comfortable, with its interface divided into three windows: the one on the left shows the text and XML formatting, the one in the center a series of options on files (load a file from disk, load it from a URL, etc., etc.) and the one on the right a series of possibilities resulting from the choices made in the middle column.

How To Edit .Xml Files

Among the options to view the .xml files that we have just shown you, not all of them also allow you to change the file’s content. Browsers are limited to reading .xml but cannot in any way (unless you install specific extensions) modify or convert a file encoded in XML. With Notepad, on the other hand, you can edit a .xml like any text file, but after a while, you will probably get a headache because the file is displayed without structure. Notepad ++ and other XML-specific text editors, on the other hand, are a much more convenient choice for making changes to .xml files and, in some cases, even converting them to other formats—however, online editors.

Also Read: Backup: What It Is, What It Is For And How It Works