How Influencers On Social Networks Are Changing 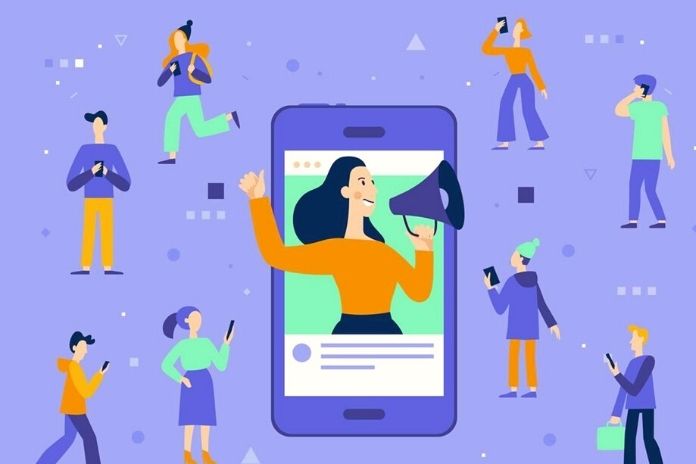 In recent years, the most discussed figure is changing its skin: goodbye to luxury, the new influencer on social networks is genuine and transparent. He does not sell but informs. The world of social networks is constantly changing. The interests of the communities that populate them evolve rapidly, creating trends that have the power to impose themselves beyond virtual borders but are subject to changes so fast that only the most attentive can constantly keep them under control.

To push the accelerator button of the fashions of the moment, riding the hottest trends or creating new currents from scratch that know how to involve the people of the web, are the influencers. Capable of moving the masses and influencing (hence the name) the choices of social media members of all ages, they have also learned to show a solid ability to adapt to the changing tastes of their followers in a delicate game of balances that require time and dedication.

True natural trendsetters and influencers have managed to carve out a place of respect in the hearts of many subscribers to the leading platforms and brands. The most far-sighted companies that have understood the growing power of influencers have wisely exploited it to convey their business. Just browse the pages of Instagram, one of the social networks in which this figure is the most popular, to understand how marketing has learned over the years to travel on their wave.

The influencer doesn’t just help sell the product: there are cases where the influencer becomes the product itself. It is no longer the face of this or that brand through digital tools, but an authentic brand in flesh and blood; it is undoubtedly a tiny slice, but perfect for representing the elite of those who “made it” to establish themselves in the role of the spearhead, exploiting a powerful and vast medium such as that of social media.

Social Influencers: From Macro To Micro

An environment like that of influencers is tempting to many. Therefore, a few years after their appearance, the environment has become completely saturated. After allowing many to emerge, he created a surplus of presences that, in the long run, began to wane the charm that initially surrounded these “super accounts” of social networks and made a detachment between the two parts of the display.

Suppose the influencer is the one who does sport every day to maintain the superstar body, travels exclusively in first class, and gets photographed week after week in a different dream destination. In that case, the micro-influencer shows himself in a newspaper much more similar to that of the ‘average user without the glossy magazine background, plays with spontaneity, and passes off marketing advice as a disinterested “tried for you.”

The micro-influencer, unlike the “macro” version (the stars of the web), has a smaller number of followers, opts for market niches, and is closer to what could be an expert user (but that doesn’t need to be). What remains out is that full-bodied part of the “VIP” aura that, on the other hand, surrounds the leading figures born on the web. Of course, it does not mean that everyone can become a micro-influencer, but, for sure, the opportunities grow exponentially with appropriate skills and mastery of the medium.

From Influencer To Genuine Influencer: The Power Of Information

Then there is a whole other current that is taking hold on the net. They are the genuine influencers or those “genuine” influencers who have chosen to use their image to disseminate information and give their audience food for thought on the most disparate issues instead of devoting themselves to marketing.

The genius influencer offers his voice to convey a social message. Similar to a window on a topic of common interest, this particular figure manages to whet curiosity towards information, not the product to buy. Also, in this case, on top of the phenomenon of menu influencers, there is an approach that puts aside the excesses of successful influencers to return to a more contained dimension.

There are well-known faces and, above all, ordinary people who have decided to share their vision with others on current topics such as mental health, LGBTQIA + rights. Black Lives Matter, the Covid pandemic, and climate change, to name a few. Another strong point is authenticity, which rewards and places these figures in prominence concerning the counterpart devoted to business.

They are always up to date on their central theme, use correct terminologies and avoid missteps capable of putting them in a lousy light towards an equally informed public. The group is populated by people of all ages, even if generation Z is the one that best expresses itself in these terms and pushes the most in this direction.

Younger people seek transparency in the relationship with the influencer, who must not hide behind obscure contractual ties and facade images that do not reflect real life and the condition of their followers. There is no more “adoration” but real connections in a relationship that rests on solid foundations and is not built at the table.

Social Influencers: What If They Were Too Many?

In every big family, there are voices out of the chorus. Some are looking for reference figures on social networks to follow for the most disparate reasons. On the other hand, some are tired of feeling harassed every day by promotions disguised as disinterested suggestions and media bombardment. In short, some people would like to find in social networks the role of carefree pastime in which to dive to disconnect from reality.

This is why some decide to silence (i.e., obscure the timeline display of posts and the stories of others) specific contacts without ceasing to follow them entirely. Friendship remains true, but without that morbid need of having to be updated on aspects of the life of others.

Stress, unattainable goals, the will to put stakes and avoid appearing too interested: the reasons are not lacking in the count of those who opts for the choice of removing the voice of those who show off every side of their daily life on social media. Is the world of “traditional” influencers destined to disappear? Probably not, but of course, the revolution is already underway.

Also Read: Data Analysis, What It Is And How It Is Implemented